Last summer, it seemed fanciful that he could join the club but the Barca man could very well become an Arsenal player his summer, so what shirt number would Philippe Coutinho get if he did sign for Arsenal? 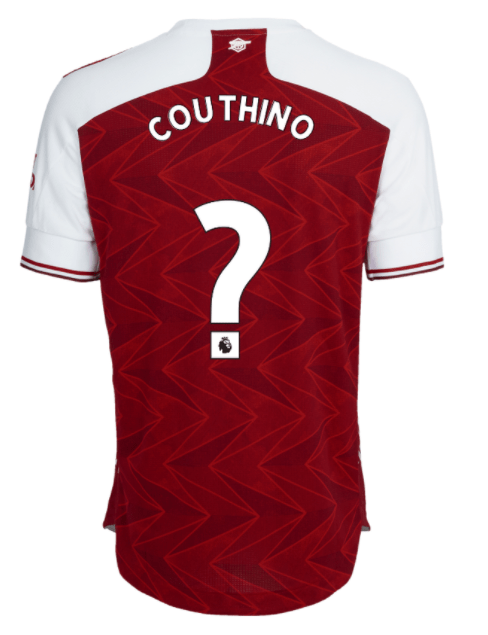 Philippe Coutinho has been heavily linked with Arsenal for the last couple of summers but it’s only since Kia Joorabchian got his claws into the club that it’s felt like a real possibility.

That and Coutinho isn’t quite as expensive as you’d imagine.

So, if Arsenal do manage to sign the former Liverpool man, what might Coutinho’s Arsenal shirt number be?

Throughout his career, Coutinho has worn a variety of squad numbers, although the number he clearly prefers is going to cause some problems as it’s the number 10.

Not only does it currently belong to Mesut Ozil, it’s also the shirt number Willian probably wanted if he could have got his hands on it.

Arsenal, of course, are trying to get Ozil to leave, but his agent has said he’s not going anywhere. Would the club be so ruthless as to take his number from him? I wasn’t sure, but as they didn’t give it to Willian I doubt they will.

At his first club, Club de Regatas Vasco da Gama, Coutinho wore 30 for two seasons before moving up one to 29 for another two.

He was then off to Espanyol were he wore the 23.

One season there saw him catch Inter’s attention and he was off again, this time to Italy and the number 7 shirt. A single season there was followed by six years at Liverpool with the number 10 on his back.

When he moved to Barcelona for stupid money, he was took the 14, which he wore for a year, before taking the 7 in 18/19.

On loan at Bayern, he once again took 10.

That could be the one he gets at Arsenal if he does arrive.

If Arsenal sell Alexandre Lacazette, they could give 9 to Eddie, freeing up 30. We also know it’s highly unlikely Guendouzi will be wearing any Arsenal shirt number at all next season. That would free up two of Coutinho’s former numbers, but I doubt they’re ones he’d want.

Other numbers are available, for now, but some are already assigned to other players for the new season.

After 6, the number 8 shirt is the next lowest squad number unaccounted for. It could go back to Dani Ceballos if Arsenal agree another loan deal. That is not looking as likely as it did, however.

Of course, others could become free with the sale of any of the following players who are front and centre of the Arsenal shop window:

Sokratis has been told he can leave, he’s said he doesn’t really want to.

Lucas Torreira could be on his way back to Italy.

Ainsley Maitland-Niles is up for sale, one of four players the club want to sell that Arteta wants to keep.

Rob Holding is available and a target for Leeds.

Shkodran Mustafi is off crutches and up for sale.

Sead Kolasinac is available but nobody seems interested just yet.