Over the last few weeks became clear that the final say on what players come and go at Arsenal did not rest with Mikel Arteta but with Raul Sanllehi and Edu above him, but now Sanllehi has gone, will things change? 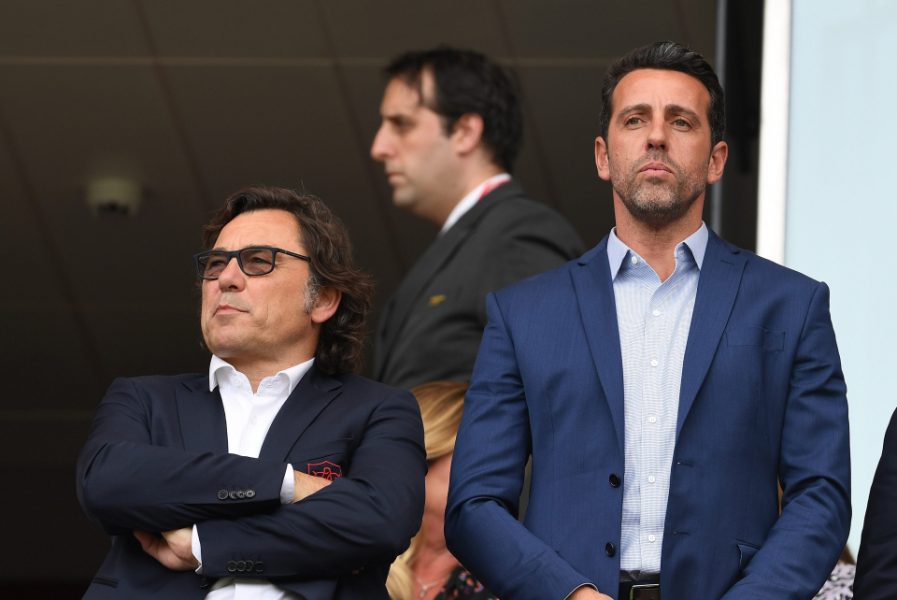 In order to make this team capable of playing the way he wants them to, Mikel Arteta needs new players, preferably ones that don’t need a Visa.

Arsenal, however, after years of absurd spending like some sort of teenager given access to their trust fund, apparently have no money and need to sell players in order to fund Arteta’s revolution.

I don’t think any of us have a problem with that.

No matter how we feel about the state of things off-the-field at Arsenal, even if we feel nothing at all, we all understand we have to sell to buy, even if the club say that isn’t the case.

There are a couple of ways you can go about that but, mostly, you want to maximise the money you bring in while minimising the amount you have to spend.

One great way of minimising what you spend is to make better use of what you already have, especially when your head coach wants to do just that.

That’s not what Arsenal are going to do, however…at least it wasn’t until Raul Sanllehi left the club. Will Arteta get to keep any of them now?

Mid-July, Mikel Arteta asked the press why on earth he’d want to sell a player like Alexandre Lacazette.

Now, according to the same press, the player is unhappy Arteta is building his team around his best mate, Auba, and not him (because we’re all in Primary School again) and Arsenal would quite like to sell him for £20m to help Arteta rebuild.

With Gabriel Martinelli and Eddie Nketiah to back up Pierre-Emerick Aubameyang, Arsenal maybe see this as £20m that doesn’t have to go towards a like-for-like replacement.

No sooner had Ainsley Maitland-Niles told the press he would probably have to leave Arsenal in the summer in order to proper game time did Mikel Arteta get the hint and put him into the starting lineup.

Arteta even started him at Wembley in a match that was worth 10 times more to Arsenal than Chelsea. A game so big our entire summer transfer strategy hinged on it.

I’m not sure about you, but that seems to me like Arteta putting his money where his mouth is. He showed Maitland-Niles that he does indeed rate him and is willing to play him, not just say he’ll play him and then keep him on the bench.

It wasn’t even subtle.

Still, the club made it known that they think they can get round £30m for him so he’ll be sold if a buyer can be found and it looks like Arsenal have found one in Wolves.

I know he’s English, but I don’t think Arsenal will get £30m for him. Then again, we rarely manage to extract true market value for our players, so maybe with this new gang in charge, that might happen.

Currently valued at around £13m, Maitland-Niles is 22 and contracted until 2023. He has been with Arsenal since he was six, can play in at least three positions and has 53-games’ worth of Premier League experience. Wolves have apparently guaranteed him a starting spot in midfield, something Arsenal and Arteta can’t do.

Maitland-Niles certainly seems like a player it would cost more to replace than to keep.

For the longest time, the Mesut Ozil situation made no sense. While a number of people think he is simply past it and been ‘phoning it in’ since he signed his bumper contract back in 2018, that’s simply not true.

I think we can all agree Ozil has been far from his best when we’ve had a chance to see him, yet he still managed to finish this season as our most prolific chance creator. Why would you pay someone all that money, knowing they create chances your side desperately needs, and not play them?

Mikel Arteta is a huge admirer of Ozil’s and, when allowed, has picked him to start games.

Something happened during the lockdown, however, that changed all that for the Spaniard as the numbers show.

Mustafi is a player that most Arsenal fans would agree has benefited from the arrival of Arteta and an actual plan. There was even talk of the German getting a new contract at the club, with Arteta the one pushing for it.

Asked about Mustafi’s contract that expires in 2021, Arteta said less than a month ago, “That’s something the club has to address but he knows my opinion. I’m really happy with him as you can see.

“The way he’s playing, how committed he is with everything we’re trying to do, the level in his performance ever three or four days, he’s been really consistent.”

Now, he’s up for sale, despite only recently coming off crutches.

With just a year left on his contract and Arsenal paying well over the odds for him in 2016, we stand to make a massive loss, even if we do manage to sell him this summer.

On top of that, we would be getting rid of his experience, just as he is starting to look like he might begin repaying his massive £36.5m transfer fee.

What sense does that make?

Olympiacos starter ruled out of Arsenal clash: Sokratis to take his place