Mikel Arteta was appointed to the role of head coach at Arsenal in 2019 but before the start of the 20/21 season, the club announced he would now be the first team manager.

“My title has changed a little bit but I’m just here to try and do my job as well as possible,” Arteta said. “It is always nice to be recognised from the club for the job that I try to do but I just want to help the club to do the right things.

“When I have to be involved, great. When I work in any area, great. I just want to make this club more successful in this country as quickly as possible and in a sustainable way. That’s my ambition. It’s our ambition and we have to do it together.

“I’m really grateful for the faith and commitment that the club is showing towards me and I’m just trying to do my job as good as possible to bring this club as quick as possible and efficiently back to the top in a sustainable way. This is my aim and the players and the people working in this organisation enjoy and feel really connected to this football club, the same as our fans. Whatever I have to do in order to achieve that, I will put all the hours, plus my commitment and passion to achieve that.”

This remainder of this page is currently being built, please check back.

Arsene Wenger was at Arsenal for 20 years but before him, we had numerous other managers – though not as many as Spurs!

Not including interim and caretaker managers, Arsenal have had 21 bosses since we formed in 1886.

Wenger also has the best win percentage, around 57%, out of all the managers not including the interim bosses who were only in charge for a handful of games.

The worst win rate was George Morrell, who only won around 37% of the 309 matches he was in charge of.

Mikel Arteta is the current manager of Arsenal Football Club.

Arsenal’s first manager is often cited as being Thomas Mitchell but there is a case to be made that Sam Hollis did the job before him.

As Untold Arsenal note, there is some debate as the role Sam Hollis played at Arsenal and if he was the club’s first manager. Arsenal.com say he is, so on that basis he’s included here but that piece by the Untold team linked above is worth a read.

Born Sam Woodroffe Moore, Hollis hailed from Nottingham where he was born in 1866 to an unmarried mother, changing his name to Hollis when his mother married Edward Hollis in 1868.

A Freemason from 1905, Hollis was appointed ‘secretary-manager’ in 1894 according to the official website and ‘the first individual to be placed in charge of team affairs.’ The team had been managed by committee before that.

Hollis left the club in the Spring of 1897 for Bristol City where it was said in the press at the time that he ‘will blossom forth as a manager, and many will regret his going. Always a conscientious worker for his employers, he will be sadly missed and although some may possibly differ with him in some of is methods, yet few will wish him anything but the best of luck.

Although for those of an older generation, Don Howe was associated primarily with West Brom (voted one of their greatest ever players) and England, he served the Gunners with distinction, firstly as a player and then more notably as first team coach (twice) and manager.

After a glowing career (including an FA Cup win under influential boss Vic Buckingham) at West Bromwich Albion, the Wolverhampton born right-back was brought to North London in 1964  for £42,000 by the universally respected, but ultimately unsuccessful Billy Wright, one of his heroes as a teenager. The ex-England captain immediately made his ex-international colleague Howe his club captain, but despite 74 appearances for the club at what should have been his peak, his career was prematurely ended by a badly broken leg after just two years at Highbury.

However, his coaching potential had already been noted, and he soon found himself in charge of the reserve team, before stepping up to be chief coach under the new manager, Bertie Mee, after Dave Sexton left to manage Chelsea in October 1967.

In all the current conversation about ‘losing the dressing room’ it is worth recalling how many of the Arsenal players at the time were unimpressed by the prospect of Howe when he replaced the respected Dave Sexton. Don took the challenge straight on and won them over with his knowledge and force of personality.

Having won his first battle as a senior coach, he was made assistant manager in March 1969. Just over a year later the Gunners won their first-ever European trophy, the 1970 Fairs Cup and followed that with a magnificent league and cup ‘double’ the next season.

Plenty within the game have stated that Bertie Mee’s 1971 double-winning side, and to a lesser extent Terry Neil’s end of the decade cup specialists, owed more to the background work done by Howe that the capacity of the men in charge. Certainly Charlie George suggested as much on several occasions, and there seems an obvious correlation between his departure from the club in the summer of 1971 to manage West Brom (“my greatest mistake”) and the rapid decline and break-up of the early 70s side. The fact that the team’s fortunes improved so much after his return in 1977 hardly seems coincidental.

When he returned to Highbury as Terry Neill’s chief coach in the summer of 1977, combining his role with the same position for England, (“I suppose in many ways I was happiest at Arsenal” he said at the time) he coached the team to three successive FA Cup finals – winning in 1979 – and the European Cup Winners’ Cup final in 1980.

Neill was sacked on 16th December 1983, with Arsenal in 12th place, after five defeats in six games. Don was made caretaker manager and having guided the team to 6th in the table, was appointed permanent Arsenal manager in April 1984. However, that was about as good as it got in what was to be a mixed couple of years, in a period of what can be most generously termed ‘transition’.

Bruce Rioch gets a rough deal as Arsenal manager, simply because Arsene Wenger turned up after him and was so transformational.

People forget that he took Arsenal from the dying days of George Graham, mid-table and playing turgid football, to a back three.

He bought Dennis Bergkamp and David Platt and made us fun again, despite the fact we had rubbish in central midfield. 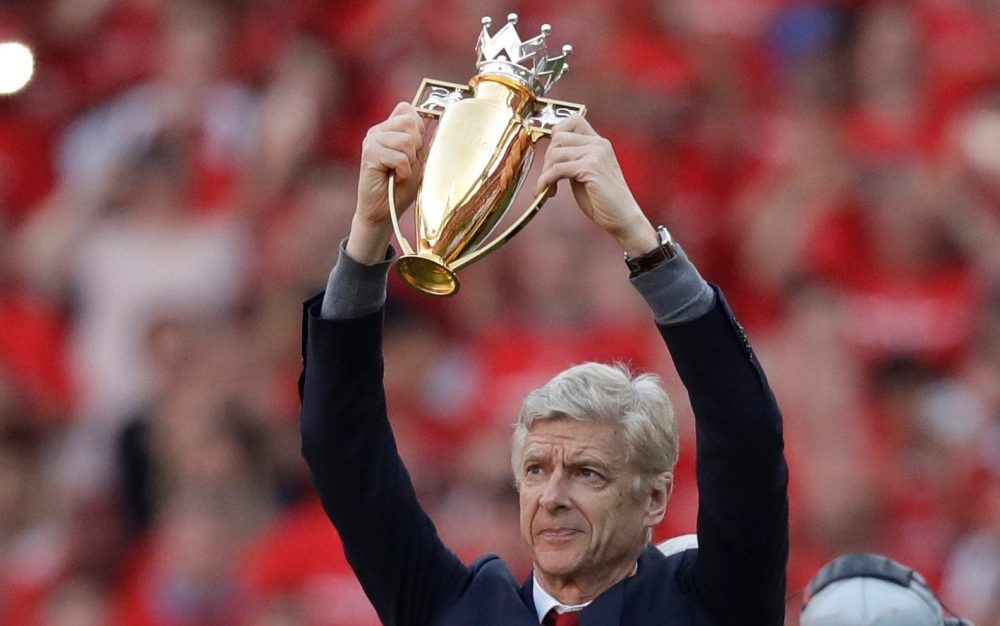 Mikel Arteta was appointed after the club sacked Unai Emery. A former player and captain of Arsenal between 2011 and 2016, Arteta left the club to join Pep Guardiola at Manchester City when he retired from playing.

Schooled under the former Barcelona and Bayern Munich boss, he was initially set to follow Arsene Wenger at Arsenal but Raul Sanllehi convinced the board at the last minute to go with Emery, a client of a close friend of his.

Arteta was finally appointed to the job on 20 December 2019.

In March 2020, Arteta was the first in the Premier League to test positive for Covid-19 after Arsenal played Olympiacos, prompting a country-wide shut down of football that lasted just over three months.

When his side returned, he guided Arsenal to an FA Cup and Community Shield victory n what was, effectively, his first five months of senior management.

Arteta has been married to the Argentine-Spanish actress, television host, and model Lorena Bernal since 2010.

Is the Arsenal manager going to be sacked?