I’m not going to lie. Smoking can be a calming, enjoyable experience which makes quitting so much harder but here are some tips to help you quit.

Smoking being pleasurable is really only a temporary illusion.

Nicotine, the active ingredient in cigarette tobacco, is actually a stimulant that increases alertness and concentration much in the same way as caffeine. But where caffeine increases anxiety, nicotine reduces it, thus making you only think you’re relaxing.

It can also be used for weight control. Because it’s a stimulant, nicotine has the effect of increasing metabolism. It causes your body to burn food faster to supply an increased energy requirement. Therefore, our bodies can take in and process more food that would otherwise be converted to fat.

Over 50 years ago, the US Surgeon General first identified nicotine as a known carcinogen, and the number of different cancers that nicotine is related to almost increases every year.

If that risk wasn’t enough, long-term use of nicotine leads to Cardiovascular and Chronic Obstructive Lung Disease. This is bad enough for you and me. But today’s well-tuned athletes rely on a healthy heart with efficient blood flow, bringing oxygen to those hard-working muscles. You can only wonder what guys like Jack Wilshere and Wojciech Szczesny (jokes about keepers being athletes aside) are thinking when they’re lighting up.

We’ve all seen the picture of Arsene Wenger having a cigarette to reduce stress as a young manager at AS Monaco. In America, the story of New York Mets first baseman Keith Hernandez being caught smoking in the dugout in 1987 is yet another classic. So this is not a new phenomenon. But, as Le Prof has stated, it sets the wrong example and is best avoided completely.

Why do we do this to ourselves?

I can’t speak for most people, but I can speak for myself. I began experimenting with cigarettes as early as the age of 11. Seeing how I often criticized my mother for smoking off and on during my childhood it made no logical sense for me to even start. It made even less sense to then get addicted to smoking three years later whilst beginning High School – if even to mask other similar behaviours that were typical of the early-to-mid 70’s.

This began a love-hate relationship that lasted for over 30 years. I absolutely loved the way smoking made me feel. I loved the way if I was hungry or bored there was always something I could do to keep myself occupied – all I had to do was just light up. As much as I loved those things, I hated the fact that I could be as skint as a church mouse, but priority one was having enough money for cigarettes. If that doesn’t define addiction, I don’t know what does. 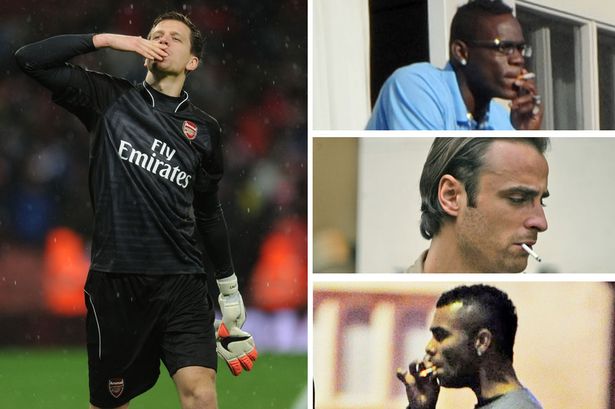 I’d be rich if I collected money every time I heard that. It sounds like a logical request from people who’ve never smoked and never tried to quit, but are annoyed by the smell and the pollution that you’ve left behind.

Fact of the matter is nicotine is incredibly addictive. So much so that the US Department of Health and Human Services stated in a 1988 report that
[quote_center]”…cigarettes and other forms of tobacco are addicting in the same sense as are drugs such as heroin and cocaine…”[/quote_center]

The good news is that although there is no easy solution, it can be done. As cliché as it sounds: If I can do it anyone can. I’d been at trial and error for over 30 years, trying to quit a habit that consisted of an average of 3 packs of menthols (albeit “Lights”) a day for a goodly portion of the time. What follows is a short summary of that trial and error: 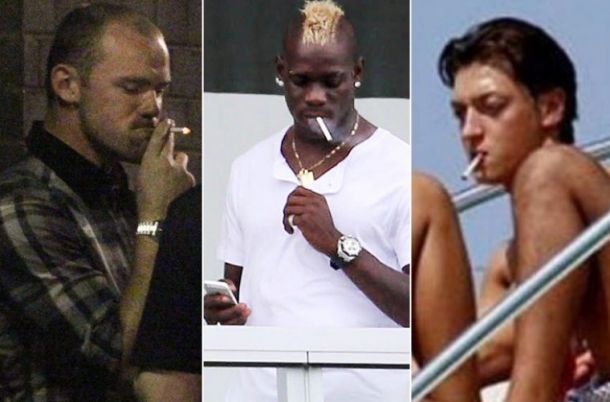 There are those that can just put what’s left in the pack in a drawer and never mind it again. My wife is one of those people. Shortly before we were married in 1983, she quit smoking, seemingly as if it were nothing. She briefly went back to it because I drove her nuts during the run up to the 1986 World Series. But soon dropped it again as quickly as she picked it up.

This is not normal. I had been trying periodically to quit smoking cold turkey for years. It never worked for me, usually going back to smoking within a week. This makes perfect sense for people such as myself, who are obsessive-compulsive, but slightly over- if not hyperactive to begin with.

Granted, I’m older and a lot less hyperactive than before. But our “type” are easily bored and we need something to entertain ourselves. We need a simple distraction for when nicotine levels drop and the lack of concentration makes things a blur. 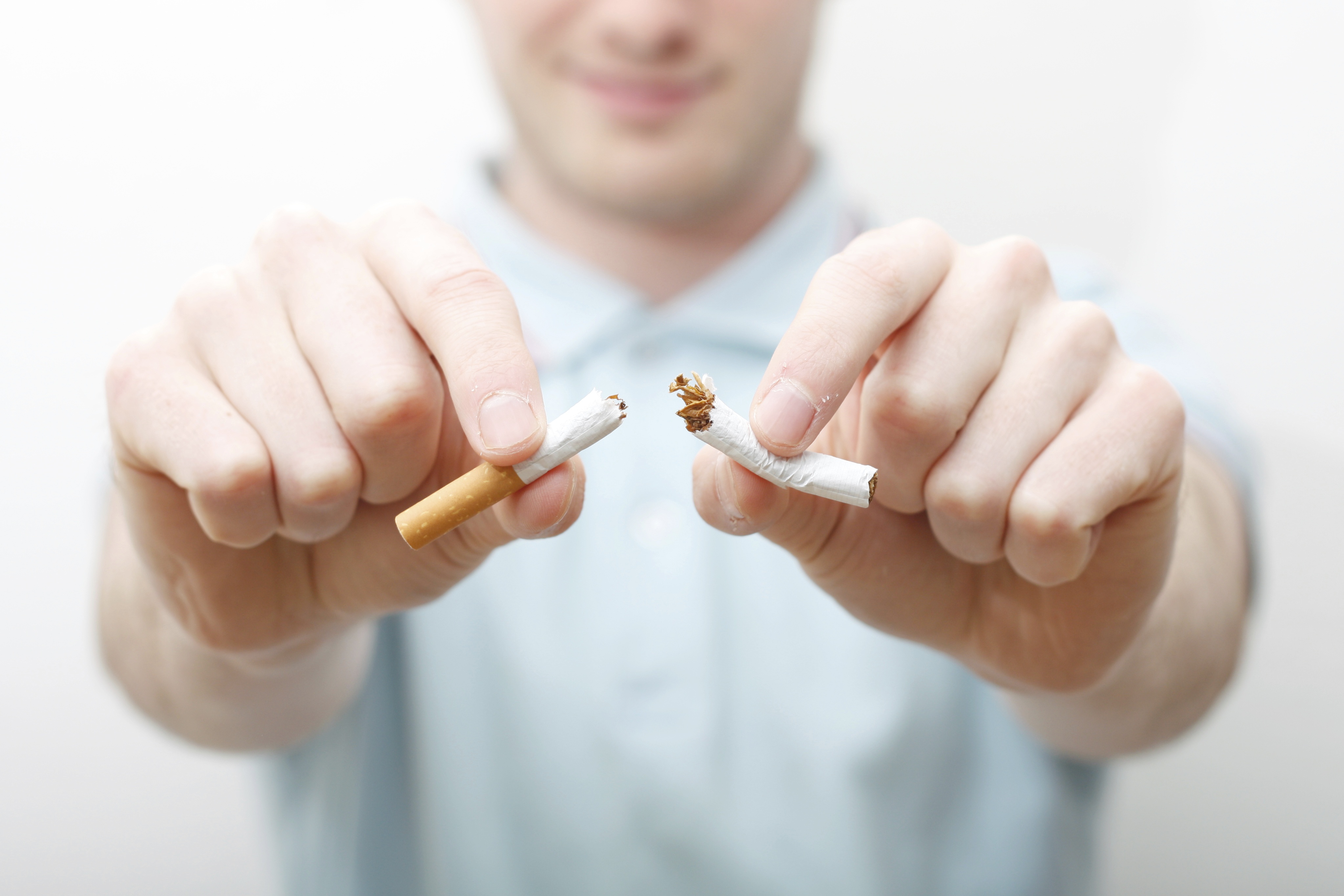 This became popular in the late 70’s and early 80’s. I actually tried this in my uni years on a whim with some fraternity brothers.

Hypnosis is usually done in a group seminar where a lecture is first given to help prime you for what’s coming. The hypnotist then works his magic to implant subliminal anti-smoking messages in your head. Cassette tapes are provided as a reinforcement to fall asleep with.

I wanted to believe it was working for the three weeks I didn’t smoke. I actually put in an effort, and the bunch of us that went also checked on each other as additional reinforcement. That was until the stress of finals started to gnaw at all of us: Enough to send us screaming to the local store.

It was a bunch of malarkey. Our little group realised soon afterwards that this was basically someone taking our money for entertainment. It had as much value as quitting cold turkey, but more expensive.

This was actually invented in Sweden in the 60’s and 70’s but not made available in the US until the 80’s. What made it a novel approach is that it looked at solving the problems of physical addiction instead of just the psychological one.

The process is quite similar to treating heroin addiction using methadone. Patients are provided doses of nicotine to be taken when cravings occur, and to help wean them off the addiction.

I tried this method a number of times with the same negative results. It might have worked, but became painful.

First, the constant raw nicotine can irritate the inside of your mouth. Second, because of my hyper nature, I was chewing gum faster and more often than Sir Alex Ferguson on speed. I often found myself inadvertently chomping on the inside of my lips and cheeks to a point that they would bleed.

Gum was clearly not an option for me. There are other methods to applying the same approach, to include lozenges, tablets, inhalers, as well as oral and nasal sprays.

Only one of these finally worked for me… 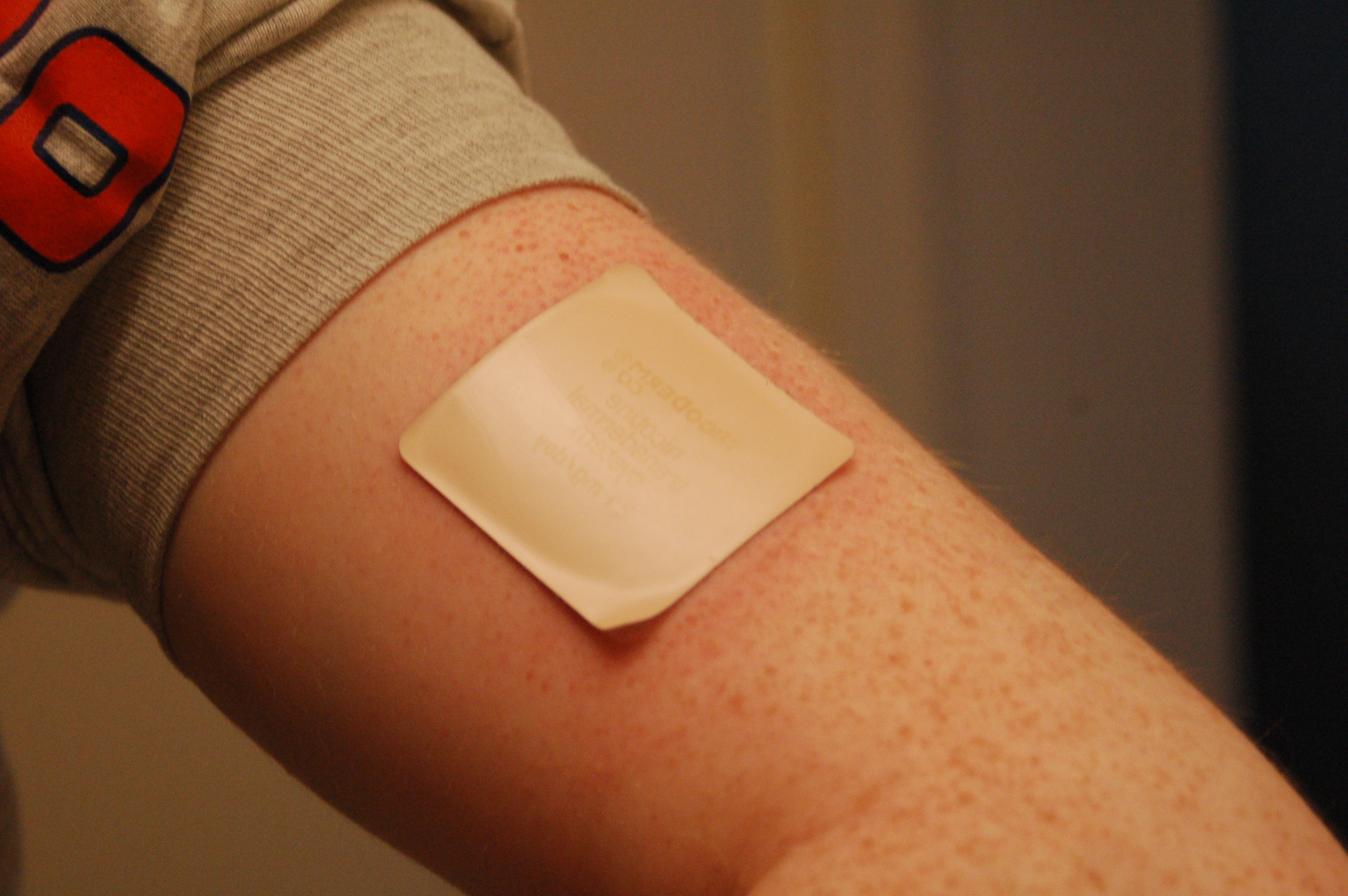 The patch is marketed as a systematic approach to smoking cessation. You start with a large patch that is worn and replaced daily. After a period of time you change to a medium-sized one with a lesser dosage, then to an even smaller one.

The advantages are that you only have to do this once a day and you’re not chewing the inside your mouth away. Most importantly, you sleep with it so it’s working 24 hours – not just when you feel like it.

Bottom line: I modified the recommended dosage slightly. The third patch is really small and gave very little relief when it was time to switch. Having gone this far, I used the medium patch an extra week, preparing myself for the final, inevitable step. Once I re-started the third step I really only needed a week, and I was done.

That was in March of 2005, and I haven’t smoked since. To say I recommend this method is an understatement, and I have… many times, to as many people as possible. 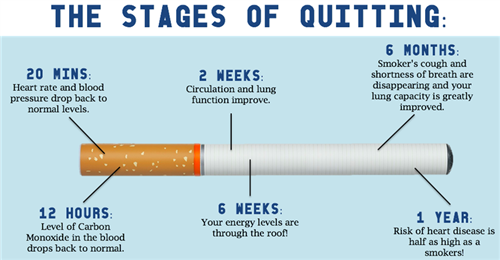 Since then there have been other advances in smoking cessation, to include anti-depressant drugs that were used for other means. They include “beta-blockers” that have been found to be effective against smoking urges. I’m not really a fan of taking some of these dual-purpose drugs where the television adverts include legalese – especially the ones that include the term “may cause severe angina or in some cases, death”. In fact it’s actually frightening to know that the pharmaceutical companies are selling these things even under a doctor’s prescription.

But I’m no doctor – just some guy looking to improve his quality of life the best way he possibly can. In order for that to happen, I knew that this had to be the very first step. There was no way I could possibly start losing weight and getting fit without exercise, and that required proper breathing capacity and an overall pulmonary efficiency that could never be achieved if I continued to smoke.

Why Perez, Agnelli and the other greedy Super League owners only have themselves to blame, not Fortnite