Arsenal get another new ref for their trip to Leicester, not that it will make any difference when Brendan Rodger’s men take on Unai Emery’s.

For most of the season so far, we’ve had a small group of referees take charge of Arsenal games with Martin Atkinson seemingly appointed as Arsenal’s personal referee for the season.

Since Atkinson took charge of his fourth Arsenal game of the current campaign in only his ninth match, the Premier League have mixed things up.

Last weekend against Wolves we got Michael Oliver and this week it’s Chris Kavanagh. 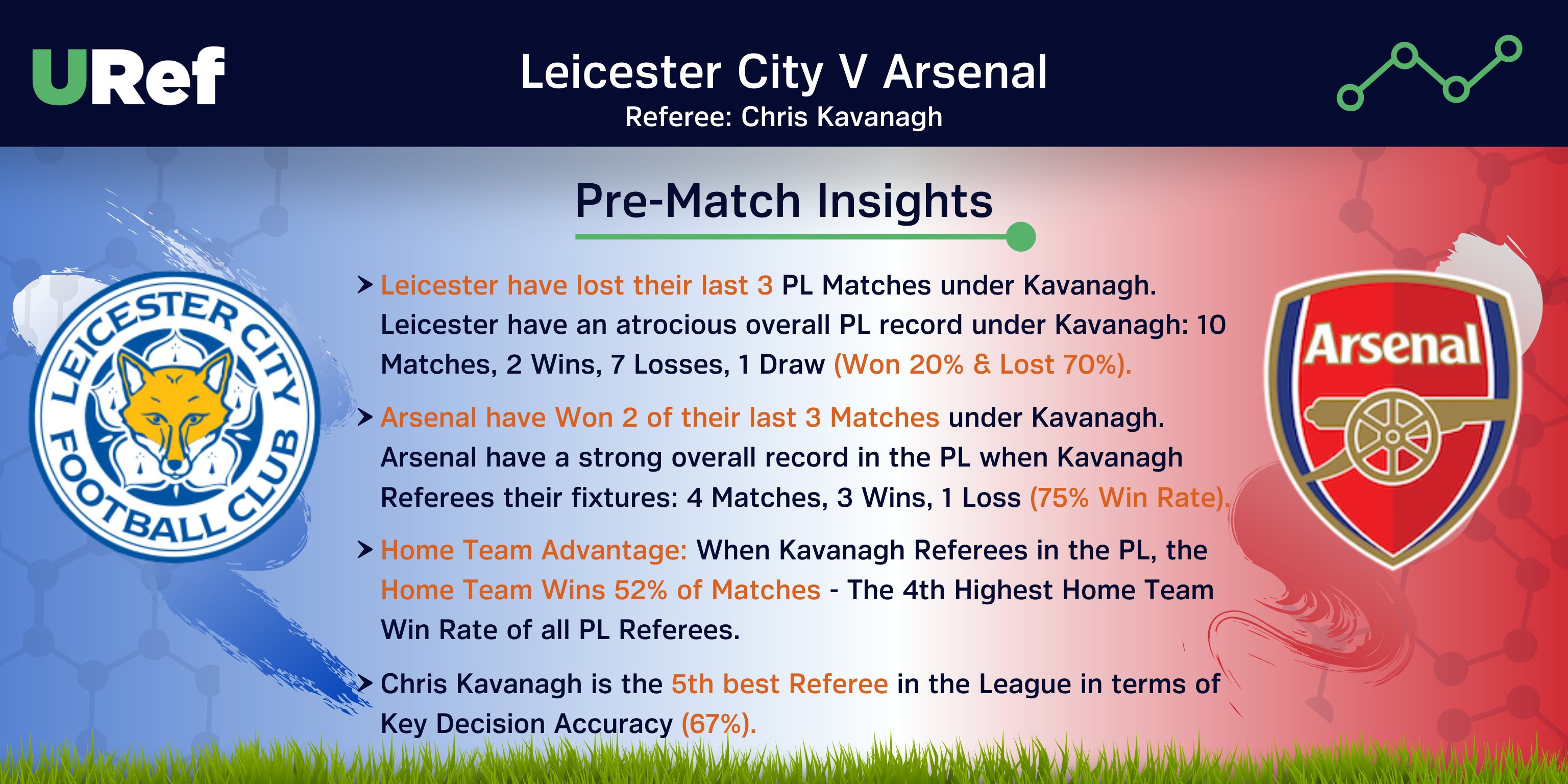 The Lancashire ref has not taken charge of Arsenal this season but was in the middle when the Foxes lost 2-1 at Liverpool.

During that game, he issued five yellows, four of which went to Leicester players which is quite remarkable as Leicester have been receiving far fewer yellows per foul than any other side this season (the closest to them, funnily enough, is Liverpool, while Arsenal get fewest fouls per yellow and top the table.)