Martin Atkinson will take charge of his fourth Arsenal game of the season this weekend when he turns up at the Emirates on Sunday for the match against Crystal Palace.

In what will be only Arsenal’s 10th league game of the season, Martin Atkinson will be handed the whistle for the fourth time meaning that for a full 40% of games he will have been in charge. Forty percent is a number he likes because that’s how many key decisions he’s got right this season in all games.

In total, Atkinson has refereed eight games this season before this weekend’s match.

Yes, the man from Bradford – because you aren’t allowed to be a PGMOL official if you’re from the south, apparently – is currently the worst referee in the league. Quite the honour when you consider the company he keeps.

I went looking for a tweet I published a few days ago detailing how few refs we’ve had this season and found a selection of Atkinson tweets I’ve sent throughout the years.

Now, the others. There is, as you can see, a theme…

Oh yes, Atkinson. He used to love sending people off then he stopped. Hard to know. Still, a red for Kos is always a decent bet.

Atkinson is a fucking joke

BRACES FOR EVERYBODY! Alexis makes it 4 FUCK YOU ATKINSON

According to the app, URef, Atkinson has moved up to 11th from 12th place this season after last weekend but his key accuracy rate remains at 40%.

He is, as you can see from the details below, a ref to have if you’re the away team: 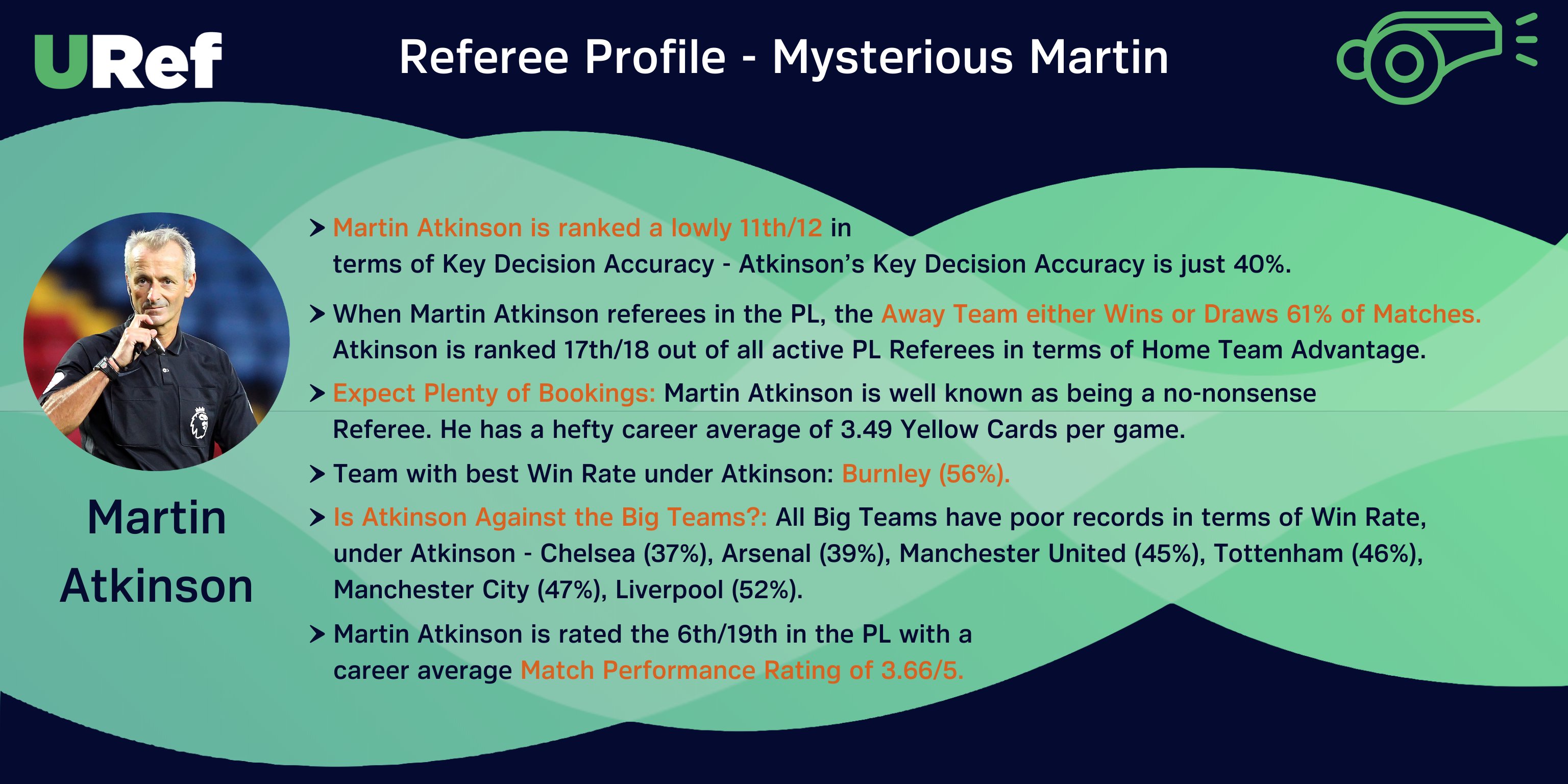 In the three Arsenal games he’s refereed this season (Newcastle A, Spurs H, Bournemouth H) he has issued a total of 15 yellow cards, well above his 3.49 career average.

It will be his first Crystal Palace game of the season.