Arsenal finally get a new referee this season in Michael Oliver but it’s not really good news at all.

With four of Arsenal’s 10 league games being refereed by Martin Atkinson and Mike Dean, Anthony Taylor and Jon Moss the other stellar names we’ve had to put up with this season, the arrival of Oliver at the Emirates makes a nice change.

That’s where the good points of this appointment end, sadly.

Despite having a reputation among Arsenal fans of being a good ref for the Gunners because of that red card he flashed an Angel di Maria a number of years ago at Old Trafford, we do not do well under Michael Oliver.

In fact, since 2014 Arsenal have won only four of 18 games he’s taken charge of, making him Arsenal’s worst ref in terms of win percentage (22%).

That is less to do with Oliver being crap like Atkinson et al and most certainly all to do with Arsenal being a bit rubbish over the last load of years. 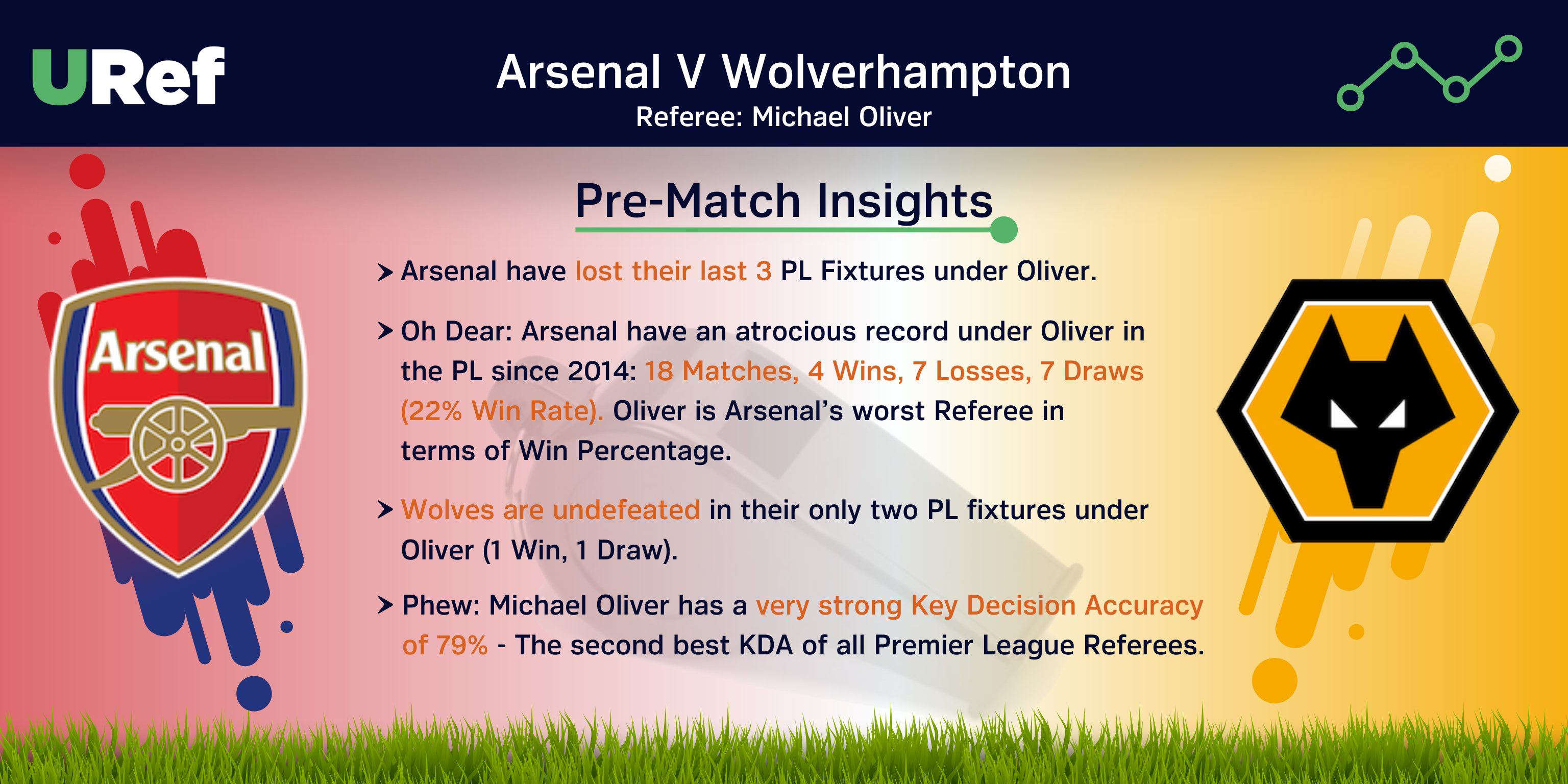 Oliver’s key accuracy rating of 79% is actually really good when it come to Premier League refs. As Uref showed us last week, Martin Atkinson was at 40% before Arsenal’s game against Crystal Palace and down to 36% by the end of it.

79% is positively perfect in comparison, if not still really low in terms of what you want to see from your officials.

This season, Oliver has reffed eight matches and booked 30 players.

It will be his first Wolves game of the season also.