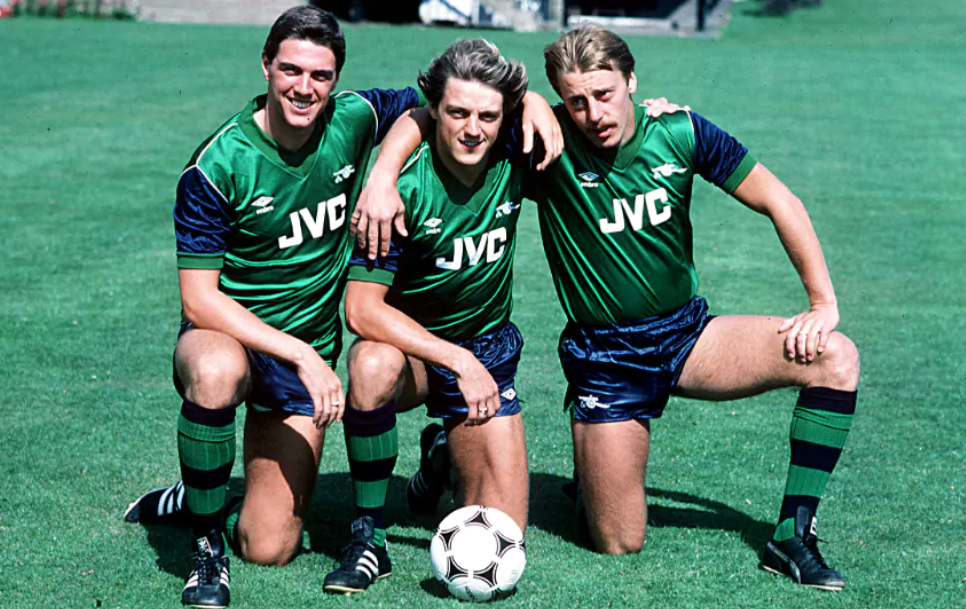 Images of Arsenal’s third kit colour combo for next season were leaked previously but now we get to see it in ‘action’ in some training gear.

Have you ever wondered what you would look like wearing ‘biscay green & peacot’?

Well, wonder no more, because you may be able to see for yourself with Arsenal’s new third kit for next season.

Footy Headlines have acquired pictures of some training and casual wear in the colours said to be part of Arsenal’s third kit.

Previously, they ‘leaked’ that these would be the colours used in Arsenal’s new 3rd kit.

The training shirt has a rather plain design with a turquoise (or ‘biscay green’, to use its official name) body and sleeves and a navy blue stripe running across the shoulders and arms. It also features a monochromatic Arsenal logo.

They also have images of a training jacket using the same colour scheme and a sleeve design that looks like somebody went mental with a marker pen and ruler.

Then there’s the casual top, with a navy top half and turquoise button, along with ‘ARSENAL’ across the middle, in case you weren’t sure what team it was.

Footy Headlines have leaks of Arsenal’s other kits next season as well.

The training kits for next season could be simple red and white, while there’s also a special kit that’s purple and pink.