Details about Arsenal’s home kit for the 2018-19 season have emerged.

Arsenal’s home kit for next season will include a “Chile Red Heather” effect shirt.

That’s according to Footy Headlines, who reveal that our new home shirt will be of a slightly brighter shade of red than this season’s edition, while also having a heather effect.

Puma have seemingly resisted the temptation to add any unnecessary colours and effects and have gone with standard white text, logo and details.

The shorts and socks will allegedly be, and I know this is a shock for you to hear, white and red. 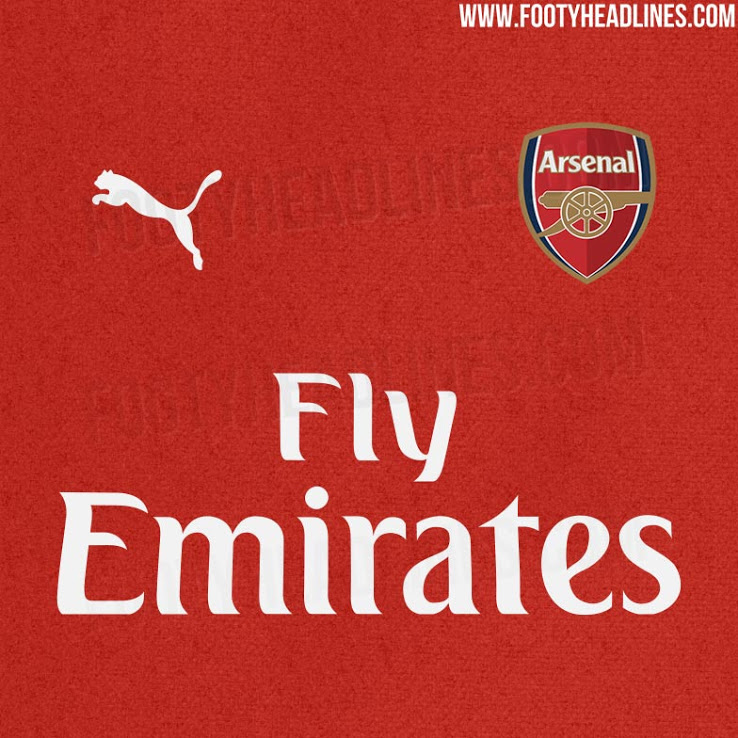 The kit is likely to be released in early June 2018.

Puma became Arsenal’s kit manufacturer in 2014 after the club ended a long relationship with Nike.

A new home strip has been produced every season since.

There have been suggestions that next year’s kits could be Puma’s last for the club, with Adidas set to take over.

Arsenal earn £30m a year from their current kit sponsorship, which puts them behind their rivals.

Puma would have go to some way to ruin a simple red and white shirt, but with them, you never can be sure what the end product will be like.