Here is the tweet that has now been deleted : 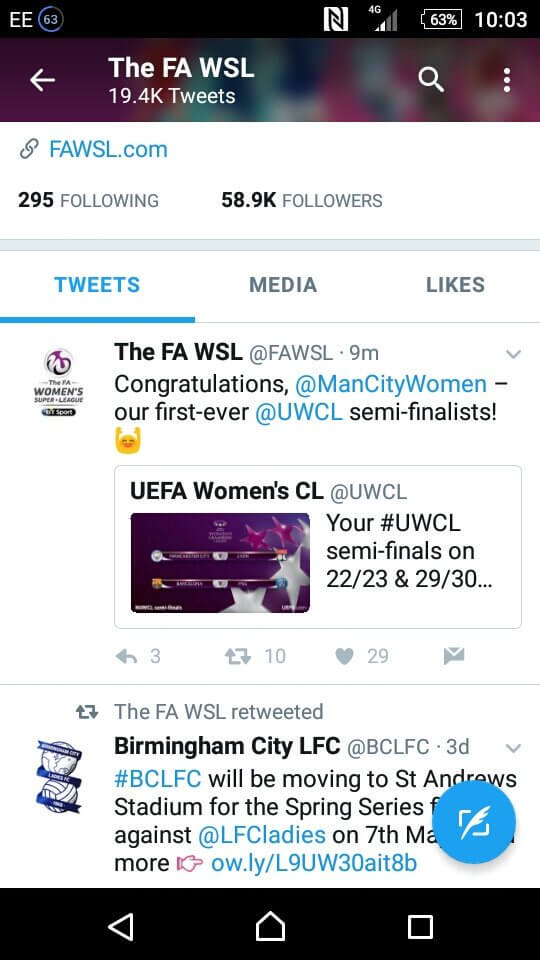 It is not the first time that the FA has attributed a record to Manchester City that it is actually held by another team. We regularly hear that they have the record FA WSL home crowd, while the actual record is held by Arsenal Ladies at the Emirates Stadium.

The discarded tweet outraged many fans who let the FA WSL twitter know about their mistake. Women’s football fans are as tribal as in the men’s game and don’t take kindly to the FA’s apparent bias towards Manchester City.

They support their team with pride and the fact that the FA tried to rewrite history again in City’s favour did not go down well.

A number of fans actually resent City because of their investment and the way they came to FA WSL1.

Multiple fans mentioned Arsenal Ladies winning the competition when it was called the UEFA Women’s Cup. It has to be said the FA WSL was not created at that time so it does not really count…just like football before the Premier League doesn’t count either.

And then you have other upset fans venting their anger:

Please get your facts right. What about Arsenal and Birmingham ?

The reason for the FA’s poor tweet is very simple.

The marketing executive’s job for the FA WSL has changed hands four times in seven seasons, so there is no continuity and history.

The FA employee probably had no clue and saw a City tweet with the wrong information and took it as a fact.

The real fact is City reached the Champions League semi-finals at the first time of asking, but have not been tested yet.

It will certainly be an interesting match-up against holders Olympique Lyonnais.

It shows that with the right investment, you can easily reach the top-level in women’s football.