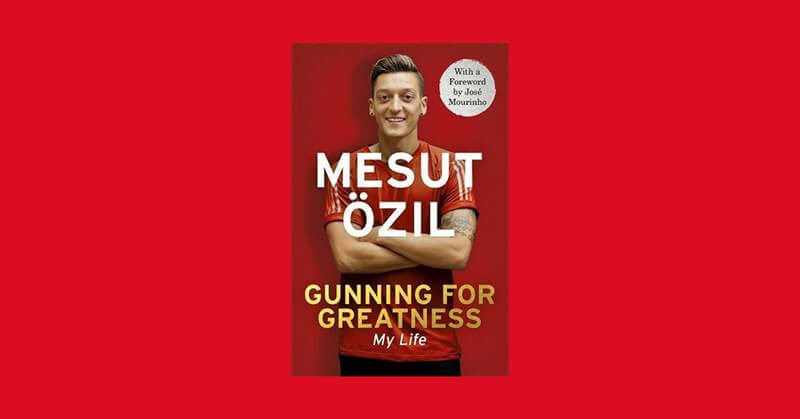 Mesut Ozil’s autobiography will be released in English next month, allowing more fans to read what is meant to be a great book.

The book’s blurb should get you more than a little excited:

Mesut Ozil is a midfield magician, casting an elegant spell over opponents and conjuring passes through gaps lesser mortals can’t even see. After an eventful sojourn among the Galacticos of Real Madrid he has savoured silverware at Arsenal, while in 2014 he lifted the World Cup with Germany.

But his life and career have been a test of resilience. Growing up in Germany’s Turkish community, he faced prejudice from those who claimed his dual identity would prevent him giving his all for the national team. Later came questions over a different type of commitment, the kind levelled against those, like Mesut Ozil, who excel in football’s finer arts rather than relying simply on running and ruggedness. He has proved concerns on both these issues lack substance.

In Gunning for Greatness, Mesut Ozil reveals the inside stories of his relationships with Jose Mourinho and Arsene Wenger, his quest to help the under-fire Frenchman restore Arsenal’s pre-eminence – and how he silenced the sceptics by conquering the world.

The German, who is fit and available for selection against Manchester City, announced the English version on his Twitter:

Due to be released on 20 April, you can pre-order your copy now with this link:

Mertesacker: News was banned, the 8-2 changed nothing & Arsenal sent boring players to speak to the press

50 Years of Shoot! A footballing time-machine

Unai Emery buys books for his players, admits some don’t ‘give a damn’