John Griffiths has kept faith in the 18 players that qualified for the UEFA u17 Euro finals and has selected Shannon Cooke and Jess N’Gunga for the tournament to be played in Czech Republic.

The eight teams who qualified for the finals are:

Group A is really strong with Germany and Spain accounting for all but one trophy win since the competition was created. 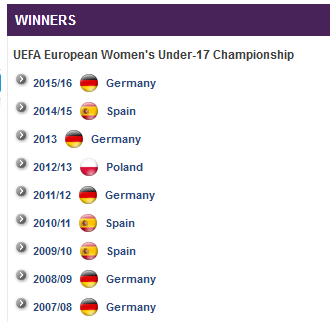 England open up against Republic of Ireland in Pribram on Tuesday 2 May, followed by Netherlands in Prestice on 5 May and Norway in Plzen three days later.

Should England finish in the top two teams of Group B, they would then play a semi-final on Thursday 11 May either in Domazlice or Pribam. The final will be played in Pilsen on Sunday 17 May at 6.30 pm CET.

The full squad is as follows: