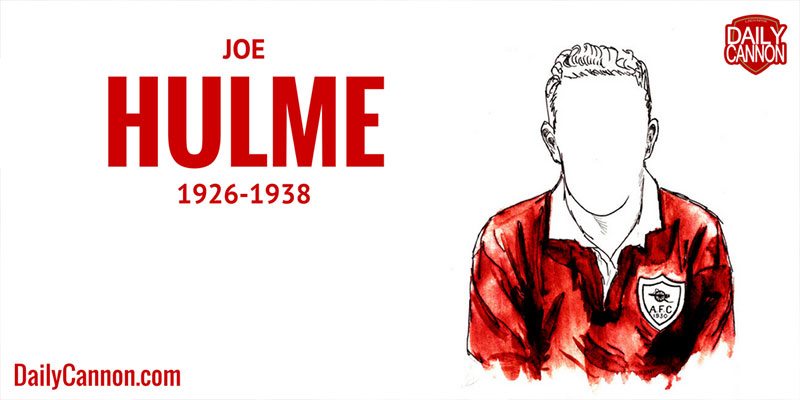 The very first man to have the number 7 on the back of a red Arsenal shirt (in both 1928 and 1933) was flying winger Joe Hulme.

Sadly now largely forgotten, Hulme’s star has often been eclipsed by more celebrated contemporaries Cliff Bastin, Alex James and Ted Drake. All three featured in the fans top 50 Arsenal players list, despite a lack of video evidence and the fact that most who saw them play are no longer with us.

Most fans of the club (certainly those under 40) have probably never heard of Hulme, but his contribution to the most successful period in the club’s history was enormous.

Of all the players to have lined up on the flanks for the Gunners, only four have played more games for the club. The ‘boy wonder’ Cliff Bastin, Graham Rix, Ray Parlour and another in this volume, George Armstrong. Only Bastin and Parlour in Arsenal history have more winners medals as wide men, and only Bastin has scored more goals.

So who was this wonderful club servant whose name is missing from almost all the lists of the good and the great?

Find out in this week’s Arsenal’s Greatest Number 7s podcast, where we hear from the great man in his own words, relive famous moments and get a flavour for the era of when Joe played for Arsenal.