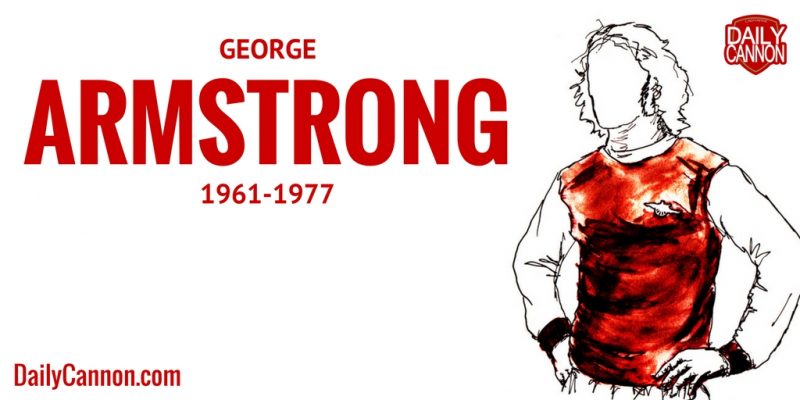 Just under 130 men and women have pulled on the number 7 shirt at Arsenal since shirt numbers first became a thing, introduced by our very own Herbert Chapman who had to fight the FA who were opposed to such a radical notion.

Since then, we’ve witnessed some truly amazing players, but the greatest of all might just have been a player many fans don’t really know anything about – George Armstrong.

In this podcast, we tell the story of his 16 years at Arsenal which included the famous 1970/71 season. In between, we hear from the great man in his own words, relive famous moments and get a flavour for the era of when Geordie played for Arsenal.

You can contact us with comments or questions for the podcast @DailyCannonPod or email us at [email protected].