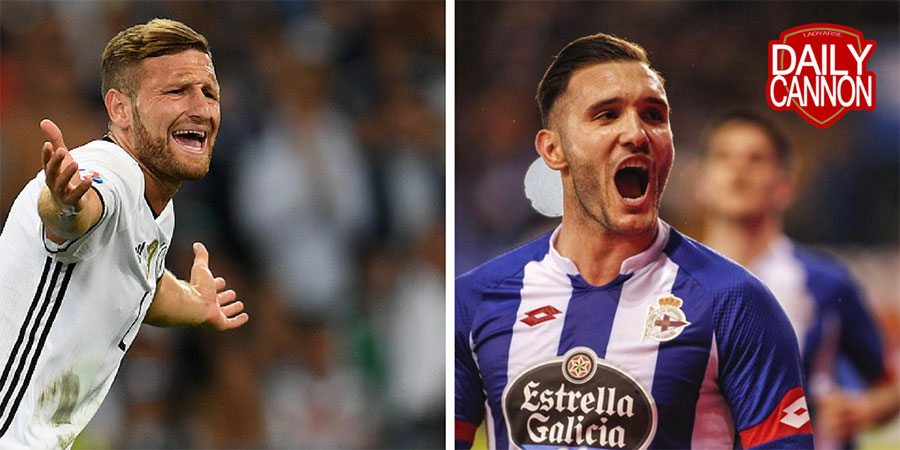 From what we can tell, Arsenal are poised to complete the signings of Lucas Perez and Shkodran Mustafi.

In case you missed it, the striker from Deportivo (Perez) and Valencia centre-back (Mustafi) both appear to have had their medicals at Arsenal with their deals reportedly set to be announced in the next few days.

While Perez is apparently in London having had his medical, Mustafi’s is also reported to be done/about the be done, depending on what you read, and the defender was left out of Valencia’s squad for Saturday.

Mustafi not in Valencia squad for Eibar tomorrow.

Valencia’s manager appears to have had a change of heart, after insisting that Mustafi wouldn’t be going anywhere this summer.

Pako Ayestaran: "A week ago the offer wasn't enough to get Mustafi but now the offer is considerable. We have an adequate replacement"

It looks as if both deals are set to be wrapped up very soon and we’ll be getting two decent new signings.

Wenger on Mustafi and Perez: We are working on the deals. But we're not close enough to announce today we are signing.

27 – Since August 2015, Lucas Perez has had a hand in more goals than any other Spaniard in La Liga (27). Mercurial. pic.twitter.com/1FeNeCjWFe

We’ll keep you posted when and if anything changes.

Read everything about Perez and Mustafi up until this point.

Oh, by the way, people have already been editing Mustafi into an Arsenal shirt.