We might have two new shiny signings about to be announced but, at present, we have to work with what we’ve got and even that makes picking a starting XI for Arsenal’s game against Watford a little tricky.

In goal we know that Cech will start and the back line will be as it was for Leicester with Calum getting ready for a loan move.

Up front, I suspect we will see Olivier Giroud get his first start of the season meaning that Alexis can go back out to the left. Beyond that is where it’s gets a bit headachy.

Does Wenger opt for the Xhaka-Le Coq partnership in front of the back four or Le-Coq-Elneny? For whatever reason, Coquelin is getting the nod, but that could just be until Xhaka is up to full fitness and we must remember that Mo is also a relative novice in the Premier League.

Mesut Ozil should also start and will most likely replace Santi Cazorla, who was less than effective against the Foxes, but what of that last spot?

If we go on form alone then the Ox must surely get the nod over Theo, but who knows what Wenger will opt for.

This is our best guess: 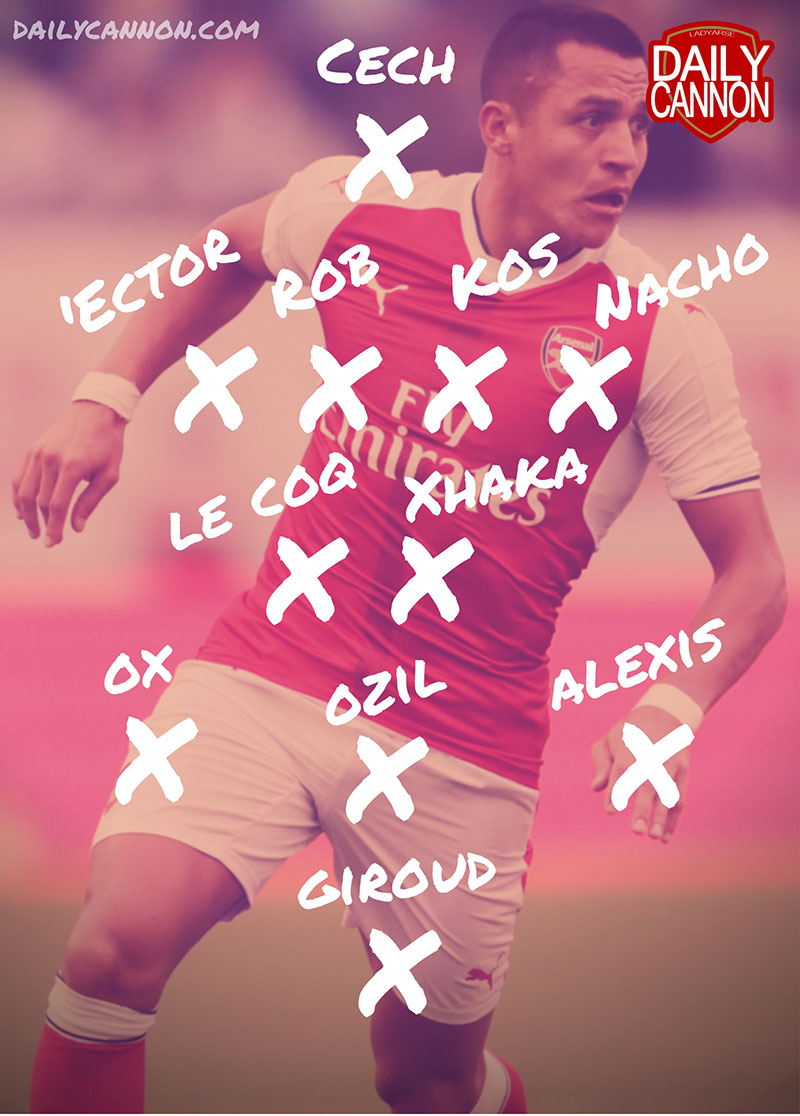