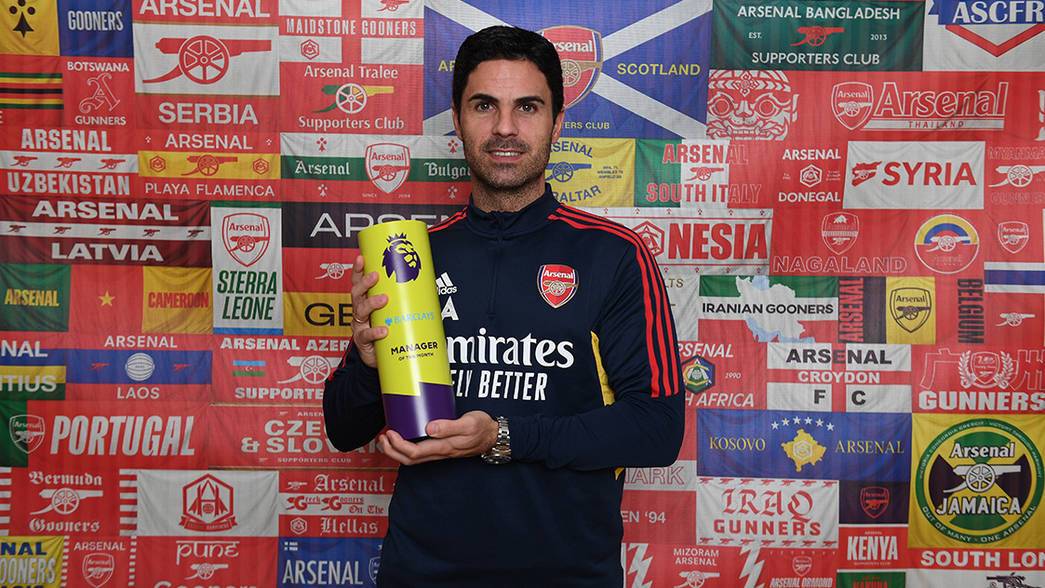 Mikel Arteta has been named Premier League Manager of the Month for the second time this season as Arsenal complete a clean sweep of the managerial and player awards for November/December but the club have also been hit with yet another charge.

Having already announced Martin Odegaard as the Premier League Player of the Month for November/December, the official body confirmed that the Arsenal manager had picked up the managerial award.

A second MOTM Award of the season for Arteta 👔 pic.twitter.com/AkErLfOoIx

It’s also the fourth time that Arteta has won the award in his short managerial career, one more than the veteran, Antoni Conte and the same number as Jose ‘the Special One’ Mourinho.

If you’re worrying about the ‘Manager of the Month curse’ ahead of Arsenal’s game at Tottenham on Sunday, don’t worry, it’s not a thing.

When Arteta won the award on September 16th for August 2022, Arsenal won their next seven games.

As Daily Cannon writer, Dan Critchlow says, “If we lose on Sunday, it will be because of what happened on the pitch (or in the VAR room, more likely).”

The news comes as it was also announced that Arsenal have been charged by the FA for the second time in a week for failing to control their players during the Oxford United game.

The incident occurred when Arsenal players protested a handball in the penalty area.

Arsenal have now been charged three times this season for doing something you see in almost every single game, every single week, without consequence.

A rather large fine is likely to be incoming.