Arsenal will have to hit the ground running when the season 2021/22 starts with the FA WSL season opener planned in a congested period amidst crucial Champions League ties.

The FA have announced the season opener will take place on Friday 3 September.

This will make it a tough week for Arsenal with Champions League Qualifying Round 2 set for the 31 Aug/1 Sep and the second leg on 08/09 Sep.

You do wonder if Arsenal will try to get the opener moved to Saturday or Sunday.

Let’s remind ourselves who we can meet in the Qualifying Round 2 as we will not be seeded due to our low 27.700 UEFA coefficient. 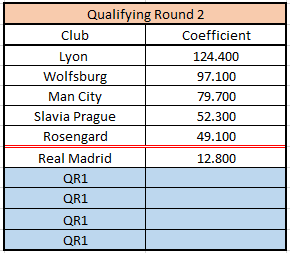 Arsenal can get Lyon, Wolfsburg, Slavia Prague and Rosengard. We cannot be drawn against Manchester City, as per the rules. It is quite clear that those qualifying round games could define Arsenal’s season, as early elimination from the Champions League would have certainly a knock-on effect on the remainder of the season.

Of course, we have to get through the Qualifying Round 1, first, and Arsenal will be seeded for that round.

There are some potential banana slips with Bordeaux, Hoffenheim, Levante and Rosenborg tough opponents to have to overcome in a one-legged tie. 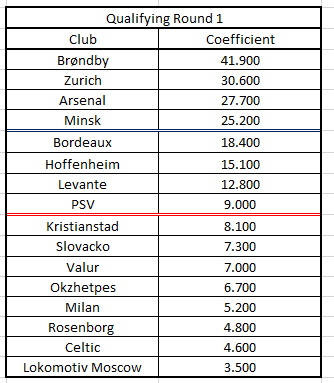 It is also important to remember that all our Olympic players will not be available for nearly all of preseason. That means no Kim Little, Leah Williamson, Lotte Wubben-Moy, Mana Iwabuchi, or Vivianne Miedema.

Potential new signings, like Nikita Parris, will also miss most of pre-season if signed. That would mean at least seven players missing from a current squad of 21 players.

The logistics of doing a full pre-season without about a third of the squad is not great and an early exit from the Olympics would actually help the club in getting players back as early as possible.

Hopefully, we will see a new manager announced soon and at least three more signings to beef up the squad, as Arsenal will end up playing in five competitions next season: UEFA WCL, FA WSL, FA Cup 20/21, FA CUP 21/22 and FA WSL Conti Cup.