As the media gear themselves up for a battle between Jordan ‘not that kind of player’ Pickford and Virgil ‘but he plays for Liverpool’ van Dijk, it’s worth remembering that some players do indeed mean to injure their opponents, as Abou Diaby knows only too well. 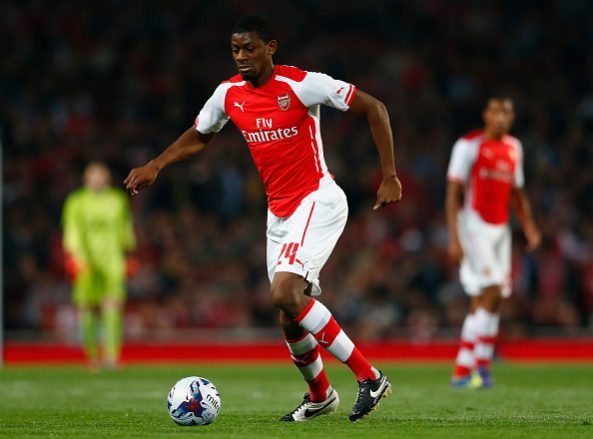 The pundits will tell you that Jordan Pickford didn’t mean to injure Virgil van Dijk.

Outside of Roy Keane, nobody ever admits they intended to hurt an opponent. But what other reason can there be for the way Pickford hit the Liverpool defender?

What did he intend to happen?

Pickford not meaning to hurt van Dijk
1 of 2

Pickford intended to hurt van Dijk. He might not have meant to put him out for a year, but he certainly meant to hurt him, be it temporarily or not.

It’s a point we’ve banged on about repeatedly here at DailyCannon. Once you make the decision you are going to ‘leave something’ on a player, you are then responsible for what follows, whether that was your intention.

Speaking to France Football in 2016, Diaby was in no doubt who was to blame for his career that was ruined by injury problems, allowing him to play just 335 minutes after leaving Arsenal.

“My first big injury, the one that had the biggest impact was when I had my ankle dislocated at 19 years old with Arsenal.

“There was a time at Arsenal when I did not go to the games any more,” he said. “It was hard not to be able to be on the pitch. I was always asked the same question: when are you coming back? But I was never depressed.

“Certainly, this injury generated multiple muscular pathologies that prevented me from improving. Especially I have always have had a healthy life.

“It was special [after the game], the game was played in Sunderland. They had to drive me back to London for the operation. There was about four hours’ drive, but I was not allowed to move, they had to give me painkillers. The club doctor was with me. I was not crying but I was extremely angry.

“I felt the tackle was made on purpose as there was only one minute of the game remaining. I pushed the ball and then he came from behind. And when someone comes to hurt you, you know it, you can feel it”

I have played football as a defender or defensive midfielder for more than 30 years now and what Diaby says is quite truthful. When you are in position to go at a player and use full force knowing you can hit him and/or the ball and do damage, you know exactly what you are doing. You can always pull out of a tackle or simply go with a lot less energy and force.

The usual rubbish that we hear about how “he is not that kind of player” when Arsenal players got injured is the same as we are hearing now about van Dijk and Pickford, so I ask again – if Pickford wasn’t intending to hurt van Dijk, what was he doing?

Players know exactly what they are doing and the extent of the damage they can cause.

“The doctors told me that I had really lost a lot of mobility in my ankle,” Diaby continued. “When you know that the weight of your body is supported by your feet.

“Following my ACL in training in March 2013, my first reaction was: wow ACL, that’s it, I am rehabilitating and healing, I am it packing in, it is too much now. Then 48 hours later I was more like, now let’s get back to work.

“I understand why people are wondering [why I keep fighting to come back]. The ACL took a lot of time to heal. It was a difficult part of my life because I lost my mum around that time. It took me eight to nine months to come back, but I was happy. While I was recovering, I managed to spend more time than ever with her. It’s like things happen for a reason. Everything that I have learnt during that period will stay with me for my whole life.

“At the end of the 2008-09 season, I told my brother that I was missing something in my game. I needed to raise my physical performance level to be able to play more games. I met Renaud Longuevre (track and field director for France) in the Summer 2009. I told him I was ready to have only six days off and then work hard to prepare until the club pre-season.

“I wanted to have a physical strength base load for the season and it worked. I was getting less injuries, my physical recovery was a lot quicker than before. I could do one, two, three or four games in a row. At the end of the season my body was not giving me any problems any more. It was magnificent.

“I had a chat with Arsene and he said “are you ready to reach another level?” I answered that it was my ultimate aim. I then started the 2010-11 season very well. I came on as a sub against Bolton 11 September and then I got tackled badly (he claps his hands). After this my fitness dropped. It completely destroyed my season and created new problems. I started having big hamstring injuries something that never happened to me in the past.

“I had no limit, one day somebody talked about the Ballon d’Or, I said that I dreamed about it. I have always had big targets, like being one of the best in my position.

“I am not saying this because I am ostentatious, but in life, certain people are ambitious while others are not.”

Sadly, Diaby has now retired from football, his decision coming after two injury-plagued seasons with Marseille followed by another lengthy period trying to get fit without a club.