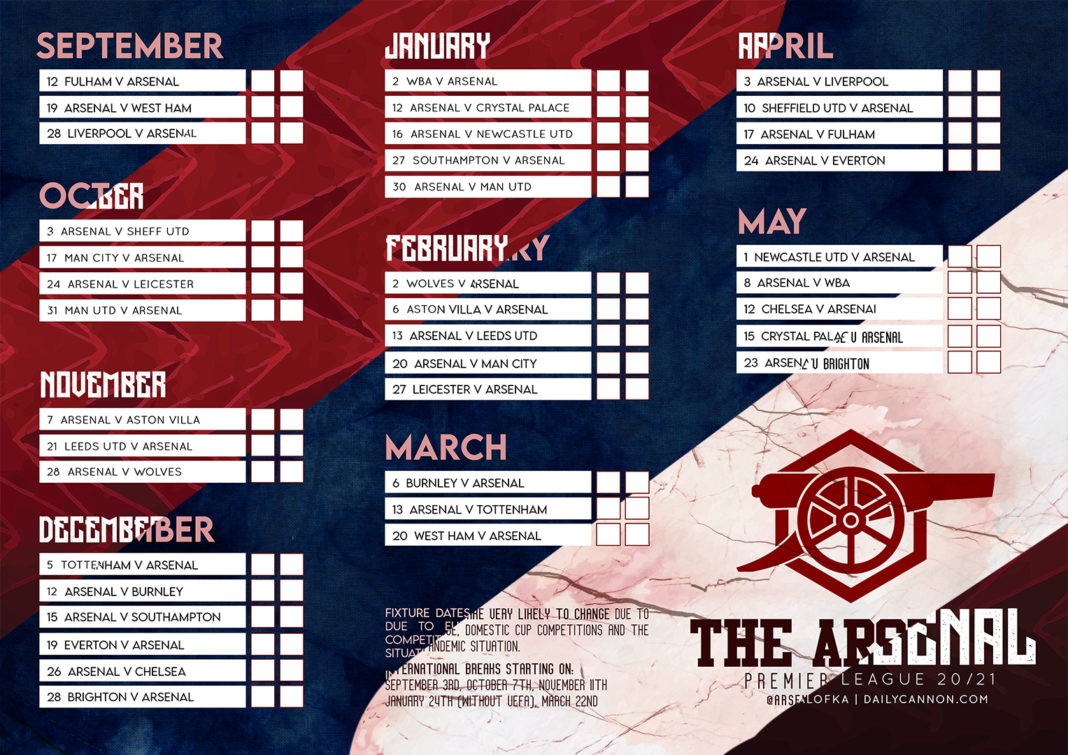 The new season has already started (rather brilliantly, may I add) and I finally managed to design the printable fixtures wallcharts!

Some of regular Daily Cannon readers have been asking about them since the fixtures came out but I just didn’t have the time to sit down and do them – until this week!

As usual, I have made three different versions, inspired by our three epic kits. Yes, even though I really, really don’t like the marble one, I swallowed my feelings and created a marble design too. Personally, I think sticking with kit inspired designs (I did the same last season) is best way to do this, and really hope you like that approach too.

I really love the little logo/crest Arsenal and Adidas added at the back of each kit, so I made that a focal point in all designs. It’s a lovely mix of old and new and looks really great.

The layout is the same for all three because it’s just the best I could do considering the fact there are more matches than usual in some months. I’ve added a note about International breaks and a reminder that many of these dates will likely change, as usual.

If you’ve used our printables before, you know the drill, but I’ll repeat just in case. These are made to fit standard A3 size paper but look good on A4 too.

Just right-click on the image(s) you want, save and then print it when you’re ready.

I’d suggest using thicker paper but that’s totally up to you.

Don’t forget to tweet me @arsenalofka and @dailycannon whit a photo when you print them out!

Hopefully, there will be a lot of great results to note down this season!