Football stories are part of the fabric of our global game. We recall memories of our greatest goals, the team-mates we played with, the fellow fans we cheered alongside, the victories and the defeats. 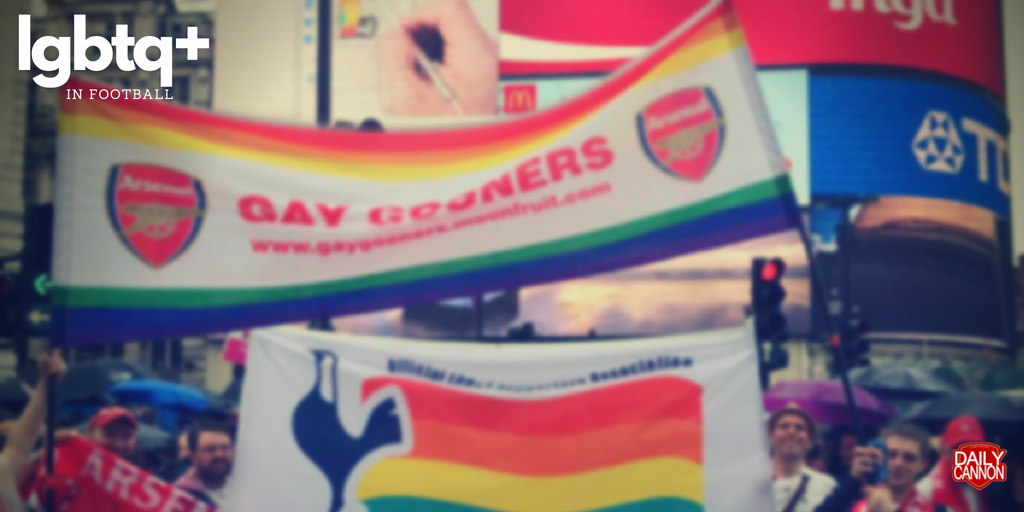 Some stories are harder to share – they are deeply personal, perhaps complicated, related to experiences that are talked about much less often in sport. Holding on to these in secret can be a heavy burden, impacting upon a person’s mental wellbeing, as well as that of their friends and family.

Since May, a series of reports in sections of the national media have reminded the public of this. On Monday, another article in this series has been published in a tabloid newspaper.

As a group of LGBTQ+ people and allies with roles in football, we know there are moments when the game can be unwelcoming for members of our community. The culture of the men’s professional set-up can make it a particularly challenging environment for anyone who is gay or bi – the pressure on players from academy level to first team, the sense of needing to conform to progress, and the intense interest from fans and the media, are just some of the influences that might cause a footballer to struggle.

Understanding this only increases our respect for gay and bi male players, and the reasons why the majority decide to keep that part of who they are private, even after hanging up their boots. Some confide in close friends and team-mates, but still wrestle with the question of whether to come out publicly.

Yet these narratives are not owned solely by hidden figures, anonymous individuals, or silhouettes in tabloid newspapers. There are stories too of visible, active players, match officials, and managers who are providing representation, such as…

In addition, ex-Premier League star Thomas Hitzlsperger continues to work in football as Stuttgart’s sporting director, while former players Robbie Rogers, Thomas Beattie and Anton Hysen have also spoken about the benefits of being their authentic selves.

Media coverage has extended the reach of their stories, helping to give confidence to those who need it and sometimes convincing other sportspeople to be more open too. The focus on each of the individuals named above may not compare to what a current gay or bi Premier League, EFL or even National League player might encounter when coming out. However, the feelings that brings – of a weight being lifted, a lightening of spirits – is universal.

Further reassurances of the positive reception that awaits can be found in the commitments made to LGBTQ+ inclusion by the PFA and its Equalities team; the messages sent out by the Premier League, EFL and their member clubs through their shared backing of Stonewall’s Rainbow Laces message; the activity of Player Care and inclusion teams working within clubs; the extensive education work carried out by Kick It Out, Football v Homophobia, and other organisations and campaigns; and the Football Association’s support with its ‘In Pursuit of Progress’ equality plan, its partnership with the Heads Together mental health campaign, and the awareness it raises during both LGBTQ+ History Month and Pride season.

As tangible as these actions are, the football authorities have the capacity to do more – such as addressing LGBTQ+ mental wellbeing specifically, and the challenges faced by closeted gay and bi male players; and delivering education for all stakeholders around how homophobic, biphobic and transphobic language and behaviour can make people feel unwelcome and unsafe. We acknowledge that the FA has recently introduced stricter charging policies and sanctioning guidelines for discriminatory chanting in the domestic game. We urge UEFA and FIFA, with their respective #EqualGame and Fair Play campaigns, to set an example at the highest levels of the game for member associations to follow and to be bolder in their visible support for LGBTQ+ inclusion.

This is our open letter; we sign it as individuals with diverse roles in football, and on behalf of the organisations we represent. If we are to help LGBTQ+ people in our sport who are struggling to arrive at their own sense of Pride, while also avoid fuelling speculation about who is and isn’t gay or bi, then greater transparency and a more constructive approach is required from the game’s critics. Sensationalised accounts in the media of agony and anguish give the perception that complacency has set in on homophobia in football. The truth is that there has never been a more concerted team effort to tackle prejudice, but its progress is hampered by such accounts and makes gay and bi people across the men’s game feel less safe and less likely to feel they can be honest and open about their identity.

Hitzlsperger told ARD Radio in Germany last year that the game will struggle to move on if the LGBTQ+ people within it are perpetually warned off or advised to hold back. “Don’t always play on people’s fears and tell them the bad things that could happen – that’s exactly the wrong signal to send out,” he said. We offer this letter collectively, as a beacon of hope; together, we form a strong support network of shared experience and allyship. Our goal is to inspire all the storytellers like us who are out there to have a little faith in football.

For more information or to sign the open letter, please go here.

4 Arsenal players feature in Teams of the Week

Bukayo Saka names surprising player who helped him the most