Arsenal have moved closer to the signing of Gabriel Magalhaes, are the only side to make an offer for Houssem Aouar, announced another arrival, launched their away kit, learned who they will play in the first game of the 20/21 season and a few other things.

Kieran Tierney ‘scared’ to go back to Parkhead because of fans

Kieran Tierney has revealed on the Keeping the ball on the ground podcast that his house in Glasgow was vandalised with someone spray-painting ‘Judas’ on it.

“Some people make it out to be what it’s not and it’s not that at all.

“Weeks before when Arsenal had bid people were like that “you’re a rat if you go, you’re terrible, you’re never a Celtic fan”.

“I’m like “this is breaking my heart reading this” and as soon as this gets announced it’s going to blow up.

“And the worst thing I did when it got announced was go on Twitter. Thousands of tweets, threats and all sorts.

“When I went home two days later after signing, there was spray paint on the walls, ‘Judas’ outside my bit.’

Asked if he’d been back to Celtic Park, Tierney replied: “No, I’m scared!”

Arsenal finally released their 20/21 away kit and it looks exactly like the marble/serial killer effect shirt we’d all been expecting.

Willian on Luiz and Arsenal’s Brazilians 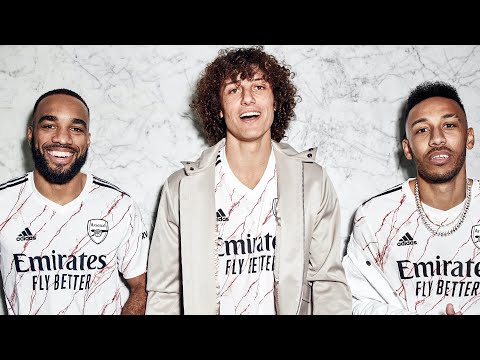 Willian has been speaking about his fellow Brazilians at the club, Gabriel Martinelli, David Luiz and Edu.

Mohamed Elneny wanted but not wanted

Mohamed Elneny has returned to Arsenal after his loan spell with Besiktas that didn’t go very well.

It doesn’t seem like he’ll be back for long, however, with a host of clubs in Turkey wanting him.

Arsenal have, of course, taken his number 4 shirt and given it to William Saliba.

You could ask why Arsenal would bother getting Mesut Ozil to pose in their new away kit given most think he’ll never wear it.

Arsenal continue to prepare for their Champions League quarter-final game against PSG Feminines this weekend.

The squad flew out on Thursday morning looking like a Hannibal Lecter tribute band (wear masks, save lives).

You can view the Arsenal squad here.

Arsenal announced the signing of central midfielder, Tim Akinola. The 19-year-old had been released by Huddersfield Town on a free transfer.

He will go into the u23s along with George Lewis who was also announced this week.

Arsenal will reportedly take former Queens Park Rangers teenager Kayden Harrack on trial next week, with West Ham United also in the race for the youngster.

Harrack can play at centre-back or in midfield. It’s probably more likely he would feature in midfield at Arsenal, given the options the academy already have at the back, plus the impending addition of Jonathan Dinzeyi from Spurs.

Arsenal are apparently the only club to make an offer for Lyon midfielder Houssem Aouar, presenting a cash-plus-player deal to the French club.

Arsenal appear to be on the verge of sealing Gabriel Magalhaes signing from Lille with multiple outlets reporting the deal being very close to done.

Some even say the contract is agreed and we already know the €30m fee is set, offered and accepted.

That being said, Lille president Gerard Lopez says the club have made a recommendation to Gabriel over whether to choose Arsenal or Napoli implying no decision has been made yet.

And it was reported that he’d had his medical on Thursday.

Arsenal have ‘come forward’ for Napoli’s Andrea Petagna in recent weeks, according to Calciomercato via Sport Witness. I had no clue who he was and, when, I saw this photo I thought he was about 35. At least.

Petagna spent last season on loan with SPAL where he played 37 times (36 Serie A) and scored 12 goals (all league) with one assist. He was the 14th highest goalscorer in the Italian league for 19/20, scoring one more than Paul Dybala.

Paris St-Germain’s 35-year-old Brazil centre-back Thiago Silva, who is leaving the French club after the Champions League final, has been offered to Chelsea. [Telegraph [£]- subscription required]

Chelsea will sign Germany midfielder Kai Havertz, 21, on a five-year deal this week if Bayer Leverkusen can reduce the £18m difference in their valuations of the player. [Telegraph [£]