Arsenal officially released their away kit ahead of the 20/21 season and the main Adidas designer behind the concept has explained how it all came about. 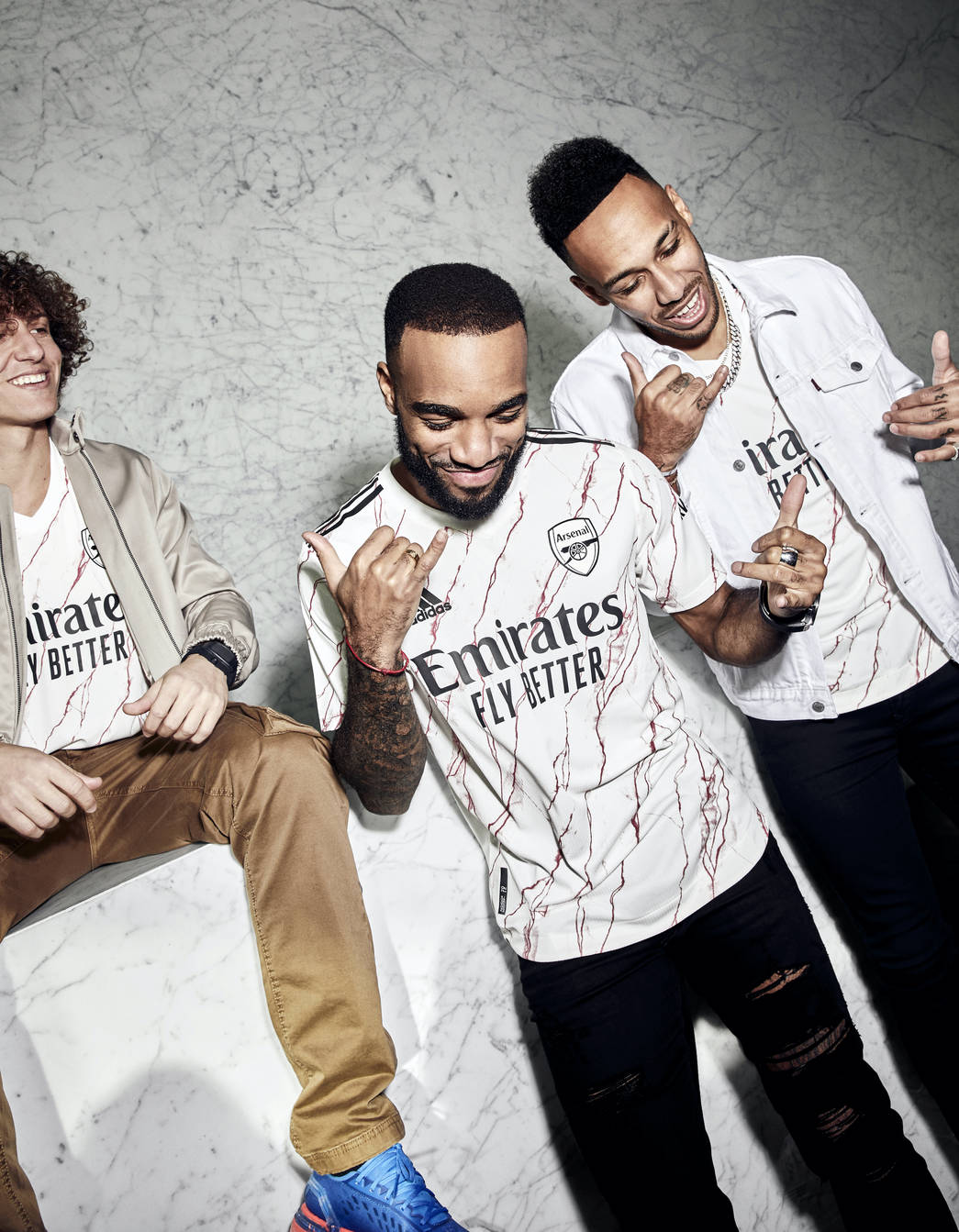 Arsenal women are expected to give the shirt it’s official debut in their Champions League quarter final on Saturday against PSG Feminines.

Speaking exclusively to Football.London, Adidas creative James Webb said: “Season in, season out we want to keep things fresh and keep people guessing. We don’t want to become too predictable.

“The seasonal direction being ‘United By Art and Football’, it made sense to link the Art Deco period with season two [of Adidas’ kit deal].

“From that, you can’t have the Art Deco of the East Stand [at Highbury] without the Marble Halls so that’s why we went in the white direction.

“Equally, we could have toned down the graphic but we wanted a bold, progressive movement, that punk mentality that’s so unpredictable in setting Arsenal aside from all other clubs in the UK and hopefully the rest of the world.

“The marble is going to be a huge talking point because of the contrast with the graphic itself. We felt comfortable delivering that jersey for the fans because, ultimately, the story is going to sell itself, it’s something the fans will resonate with and it’s quite a unique identity for Arsenal.”

Aubameyang back in: How Arsenal could line up vs Southampton

Why Arsenal youngster should win Player of the Month award

Aubameyang back in: How Arsenal could line up vs Southampton