On Monday, David Ornstein announced that 25 out of 27 Arsenal players had agreed to take a pay cut at Arsenal, rather than a deferral before the club confirmed the news but it didn’t take long for Mesut Ozil to become the star attraction of the story – as usual.

Of course, when Ornstein tweeted, the first question most people wanted to know was ‘who are the players not agreeing?’

Mesut Ozil was the first name out of a lot of mouths, so it was no surprise to see his face adorn the back of Tuesday’s Daily Mail and Daily Mirror as one of the so-called suspects.

David Ornstein, for his part, refused to name the players who were against the idea, saying it was none of our business, in a tweet he now seems to have deleted: 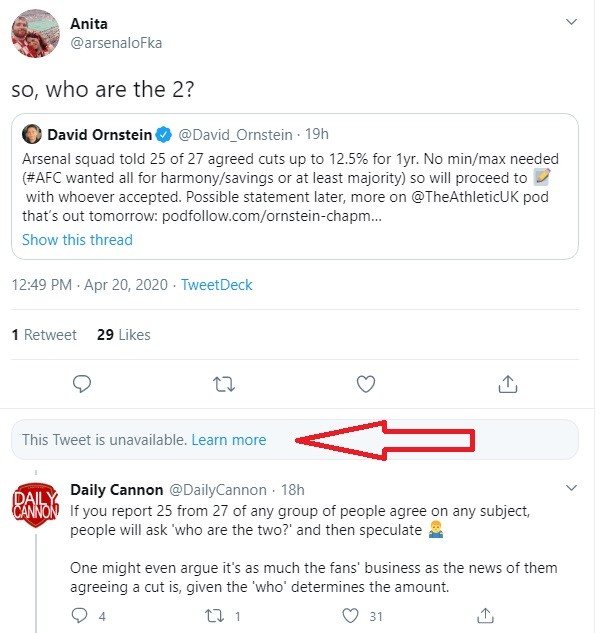 Both the Mail and the Mirror claim their Mesut Ozil story as an EXCLUSIVE.

Ozil’s wages have been the source of a constant conversation ever since Arsenal threw £350kpw at him in a desperate bid to get him to stay. Since then, he has been treated as though that was his fault.

Ozil’s agent, Dr Erkut Sogut, apparently refused to comment, which is most unlike him as he likes to clarify things about his client, especially when it comes to money.

This story is, of course, being spun as Ozil being greedy but there are a few specifics getting missed that I think are important to highlight:

If your boss wanted you to take a significant paycut while seemingly still making a large profit, wouldn’t you want to see actual figures before you agreed?

Arsenal have said they will pay the full 12.5% back if the club qualify for the Champions League in the next two seasons, 7.5% if they get into the Europa League and nothing if they fail. There will also be a £100k bonus pool.

It should set off some alarm bells that this IS more about cutting the wage bill than navigating this current crisis, but it is no surprise to see Ozil being made the scapegoat once again.

The club, if we are to be believe the people writing the Mail and Mirror’s articles (Sami Mokbel and John Cross) desperately want to get Ozil’s wages off the books, a story these papers and journalists have been telling us since before the ink was dry on his last contract.

What a coincidence it is him who is all over the back pages today, eh?