The Gunners started the new year with a comfortable 2-0 win against Birmingham to stay top of the table as Chelsea and Manchester City also won their games on Sunday. 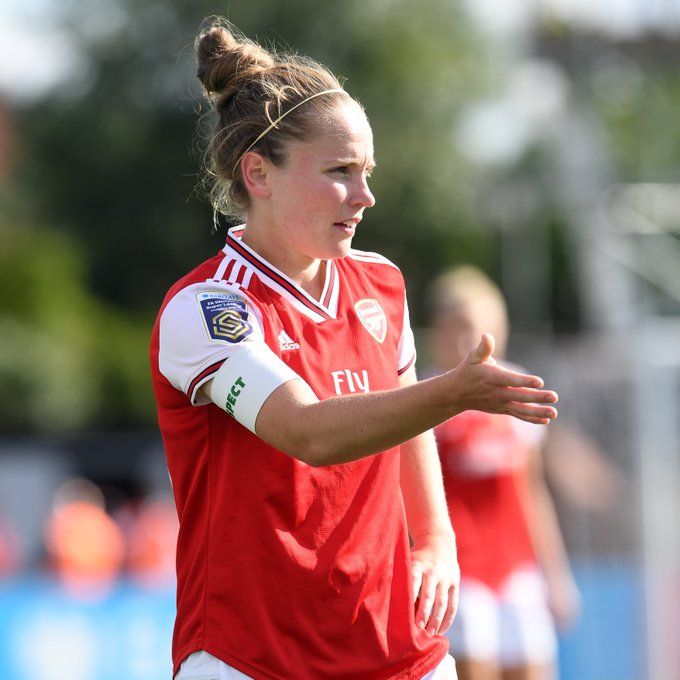 For the first game of the decadem Joe Montemurro decided to rotate a few players and rest those who were coming back from injuries like Jennifer Beattie and Katrin Veje, who did not make the teamsheet.

The only sub used was Jill Roord and the unused subs were Manuela Zinsberger, Louise Quinn, Ruby Grant, Melisa Filis and Beth Mead.

Arsenal dominated the game from the start and it was no surprise that they opened the scoring early.

Jordan Nobbs’ cross was not cleared far enough and Vivianne Miedema sent it back to the penalty area with a quite delightful volleyed pass to find an unmarked Kim Little who headed the ball past Hampton.

The second goal came from a peach of a through-ball by Leah Williamson that sent Jordan Nobbs into the space where she lobbed brilliantly past Hampton.It was a superb piece of football from both players with superb technical execution.

When I saw the pass go through, I thought it was a wasted ball, but Jordan is so quick that she outran the two defenders.

The ball was played into the perfect zone where the keeper did not know if she had to come and collect it or retreat to her line.

You can hear someone calling keeper but she was caught in the no-man’s land.

Unfortunately, no more goals came as the final ball and finishing were not as sharp as they have been in previous games. That was to be expected with players rusty after the Christmas break.

The other title contenders won their games with Chelsea beating 10-player Reading 3-1 in a game that saw the Scottish sensation Jamie-Lee Napier make her debut as well as Sam Kerr.

Manchester City won comfortably 4-1 away to Spurs to keep the pressure on the Gunners.

Arsenal have a three-point lead over City and four over Chelsea, who have a game in hand and will come to Borehamwood in two weeks’s time.

There was also a huge upset as the bottom team Bristol City won 1-0 away at Manchester United. It was the first win of the season for the Vixens and it lifted them out of the relegation zone, putting the pressure back on Liverpool who were defeated 1-0 against another relegation contender in Brighton.

With Birmingham also losing on the day, the race for the bottom place is wide open again.

Liverpool now trail Bristol by three points having played one more game. They trail Birmingham by four points but have played two games more there and are now six points behind Brighton, with both sides having played 11 games each. 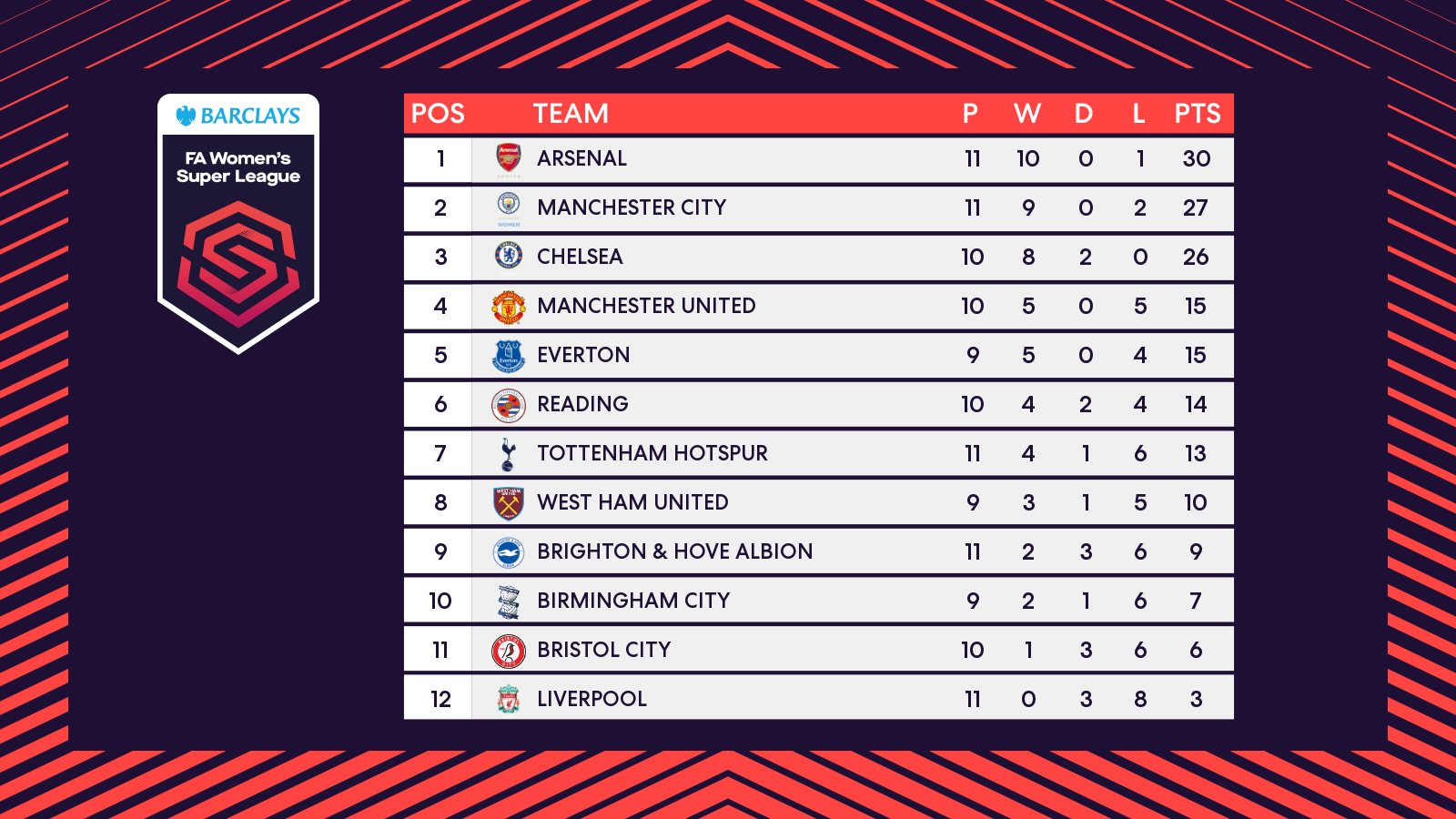 We are now halfway through the season.

The top three teams have opened a huge gap on the four mid-table teams. The mid-table teams are safe and have no chance of Champions League and will be vying to finish top of the “best of rest league”.

The three teams fighting to avoid relegation will see the pressure crank up soon.

The table is messy at the moment because 33% of the teams have a game in hand and 25% have two games in hand meaning some teams are in a false position.

For example, in the worst case scenario for Liverpool, Bristol win their game in hand and Birmingham win theirs. The reds would be six points behind Bristol and Brighton and 10 behind Birmingham.

Obviously in the best case scenario for them, Bristol and Birmingham will lose their games and the gap would stay at three and four points.

At the top of the League, the postponed Everton v Chelsea game is slated for early May, just before the final Matchday.

That means Arsenal, or City for that matter, cannot be crowned Champions early. That way the FA guarantees the title race will go the wire unless one of the two teams has a seven-point lead over Chelsea by Matchday #21.