In fantastic news, Lia Wälti, the Swiss defensive midfielder who has been a key player since signing from Turbine Potsdam last summer, has extended her contract with the club.

Lia Wälti is a player that keeps the team’s balance in check and is extremely important in  defensive transitions.

She reads the game so well that she stops the opposition’s attacks before they can become dangerous.

Because Arsenal are such an attack-minded team, a cool head is always needed when everybody else has moved forward and Wälti is pivotal in that respect.

Lia also is one of the main players involved in the attacking build-up play from the back as she often links up with the centre-back to distribute the ball to the attacking players, as seen on the WSLStats website data : 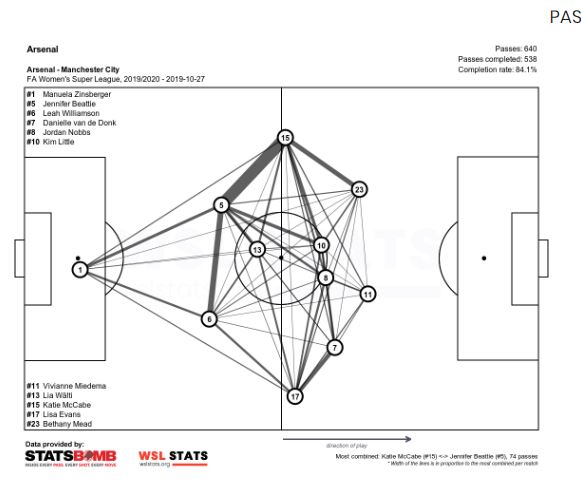 It is also important to note that Arsenal have moved to secure most of the first team players for a long period as they have renewed many player contracts this year.

The majority of the players in the squad are still young with only Emma Mitchell and Louise Quinn close to being 30-years-old.

It means tha Joe Montemurro can carry on working and bringing success with the core of the squad for many years to come.