As 2019 comes to a close, it seems right to select an FA WSL best XI spawning the decade with the league in it’s ninth season. 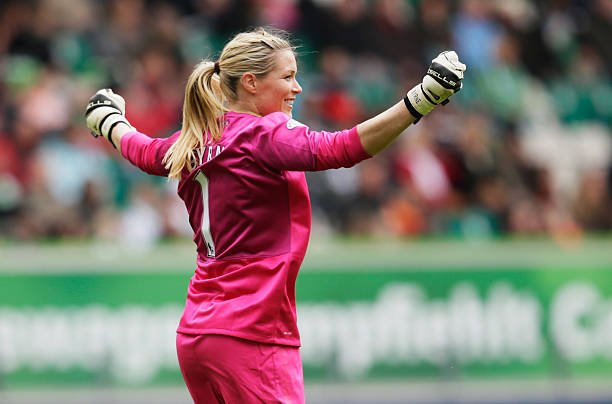 Because there are so many quality candidates, I set a high selection bar so players had to have won the league at least twice to be considered.

There are a good number of players who have won it three or four times, so they definitely deserve to be in the team of the decade.

There is no doubt that the team of the decade would have been different if we considered the players’ skills only, but the longlist would have had 50+ names on it.

It was easier and logical to add an objective criteria such as a minimum league title wins.

Now, for my obvious bias – this team is full of ex-Arsenal players, but it is important to note that only four teams have won the competition overall: Arsenal (3) , Chelsea (2), Liverpool (2) and Man City (1).

Here is my FA WSL Team of the Decade:

The Arsenal goalie was a world-class player for more than a decade. A very commanding and vocal goalkeeper. Excellent on her line and with a high ball due to her height and confidence in air battles.

A world class defender and counter-attacker. She won the league three times before moving to Lyon in order to win the Champions League.

The England captain was mainly used at right-back while at Arsenal before settling at centre-back at City. A leader on and off the pitch, Houghton is a complete player who could actually play in seven positions on the pitch.

Another multiple FA WSL title winner, Gilly is a solid defender, reliable and quick. She also scored the first ever FA WSL goal back in 2011. She is a natural-born winner as well, a true leader of the defence. Could and should have had more England caps.

The Irish defender was used mainly at left-back for Arsenal before moving to centre-back with Chelsea and now Liverpool. Another reliable, cool customer.

The modern defensive midfielder capable of destroying attacks but also starting counter-attacks quickly with her passing ability. A strong midfielder with no fear of the opposition who would deliver crushing tackles on demand.

The England midfielder was in competition with Jill Scott for this spot.  She only edged it because she has won more titles that her counterpart. Both are very similar players, box-to-box, technically strong with an eye for the goal and the ability to break the opposition’s lines.

The Scottish playmaker was in competition with the Korean Maestro Ji So-Yun. She only edged it because she won more titles that her counterpart. Both are phenomenally exceptional technicians.

No debate here as she is the only player to have won three titles with three different teams. Gemma is an exceptional technical player who can beat any defender in on- to-one situations. It is quite a mystery to me why she has not won more England caps.

Two-times title winner with Liverpool, another player with limited England opportunities despite having a very different profile to most English forwards. She is an ideal team player and would have brought goals and a supplementary tactical option to the team.

The fact that she has scored plenty of goals in every league she has played in, except with the Breakers in the NWSL, is a testament to her ability.

The winger was a two-footed brilliant technical player. Kelly Smith is probably the only English player who can be considered above her in terms of talent and creative play-making. Carney could cross from the left or the right with the same accuracy, and could also score and assist from free kicks and corners.