The first pictures of an Arsenal pre-match shirt for 2020/21 have leaked, with the official release set for May 2020. 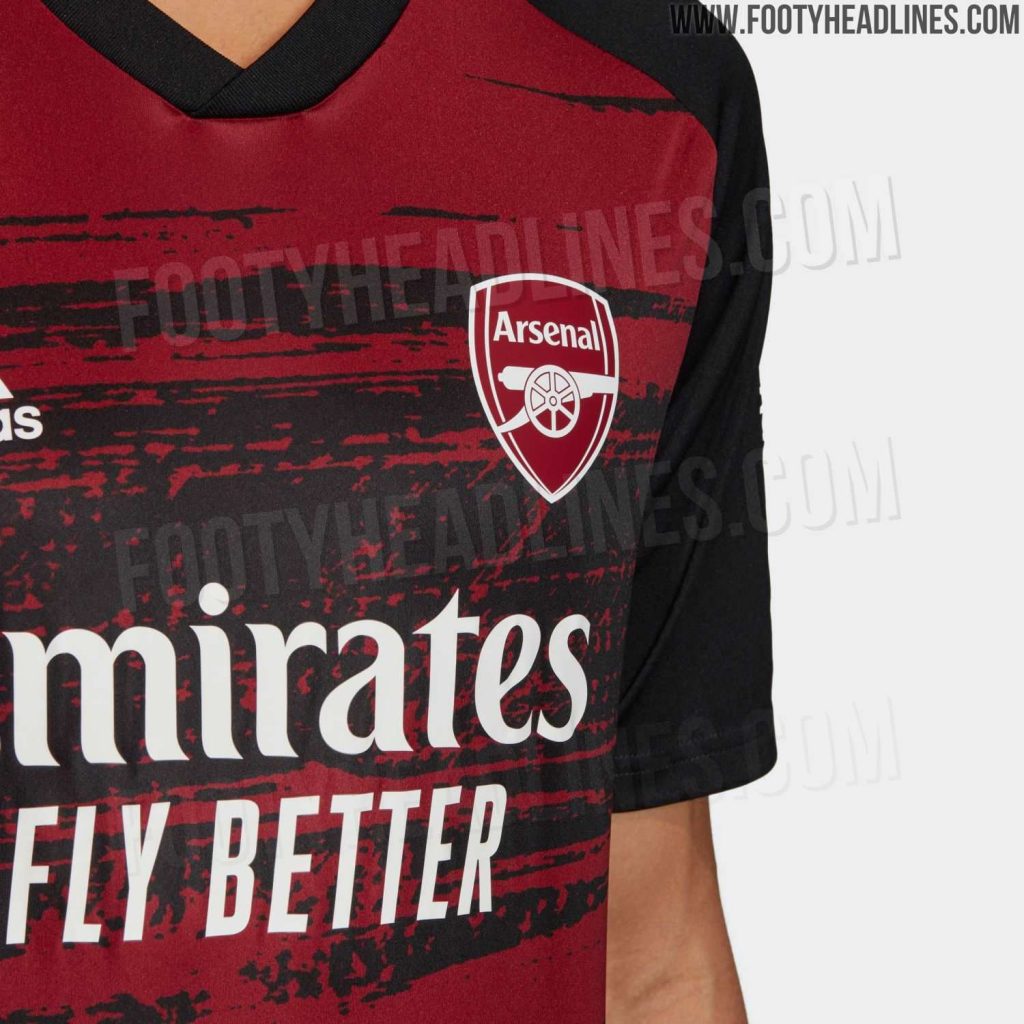 As usual, FootyHeadlines are the source of the latest leaks. The site tends to be the first to get hold of new kit pictures before Arsenal release any official images.

Combine that fact with the quality of the new photos and there are few doubts that this is a legitimate new pre-match shirt. It’s a predominantly maroon shirt with a black brush graphic across the front, and black on the sleeves with “Arsenal” written in white.

The club badge is red and white on the shirt, as opposed to the usual red, white, blue and gold. FootyHeadlines claim Arsenal will release the shirt in May 2020, so right at the end of the current season.

You can check out the full gallery of pictures for the leaked Arsenal shirt below:

So far, there haven’t been any leaked pictures of next year’s kits. However, FootyHeadlines claim the new home shirt will be a darker red than we’ve seen over the last few years.

Perhaps the result will be something similar to the red in the pre-match shirts above, but for now, that’s just speculation.

Why you should ignore Arsenal links to William Carvalho

Arsenal sources give their thoughts on William Saliba’s future

How long will Charlie Patino be out injured?