Freddie Ljungberg insists Nicolas Pepe is a very good player and an important one to Arsenal, and he just needs to adapt after his transfer from France. 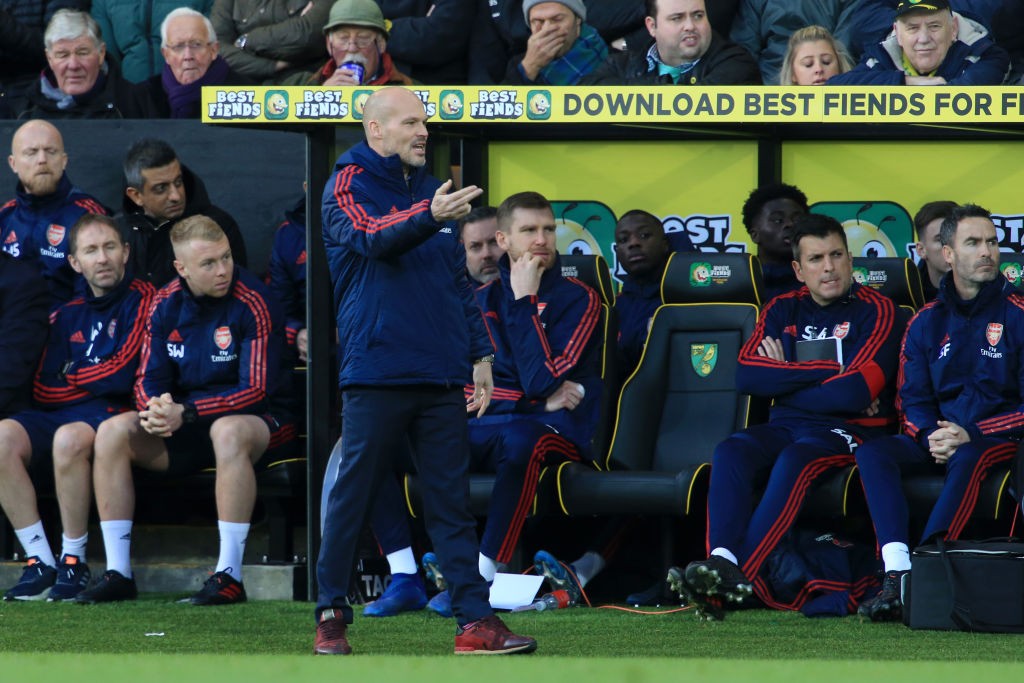 After taking over as Arsenal’s interim head coach last week on Friday, some thought Freddie Ljungberg would immediately bring Nicolas Pepe back into the fold.

The winger had been frozen out in November under Unai Emery, as the head coach desperately tried different solutions to save his job. Given Ljungberg’s appointment gave everyone a blank slate, however, it was fair to assume Pepe would return to the team.

Instead, Pepe didn’t feature in Arsenal’s draw with Norwich at the weekend. Some supporters panicked about Ljungberg’s opinion of the £72m signing, particularly after post-match comments suggesting he’d made the decision on merit.

Ljungberg has since spoken out to reassure the public of his opinion on Pepe.

“Nicolas is a very, very good player,” Ljungberg said. “Sometimes we come from a different league and it takes time to adapt, off the pitch and on the pitch.

“Nicolas is someone I plan on talking to. We’re going to have a little chat about how he feels about things. He’s an important player.

“I just think it’s a new country, a new way of playing and I’m going to have a little chat with him about what I expect and how I want to play.”

For me, the one justifiable concern is whether Pepe will get a chance alongside Mesut Özil. It does seem as if the former has been excluded ever since the latter returned to the side.

I hope that’s just a coincidence, as the two could well discover their best form together. It would be a shame to miss that opportunity over defensive concerns or running stats, or whatever the reason may be.

Thierry Henry previously suggested he understands why people will target Nicolas Pepe, but they need to give him time.