Martin Atkinson went into Arsenal’s game against Crystal Palace with a key decision accuracy rate of 40% for the season and ended up reducing that to 36% by the end of the match.

Martin Atkinson is the worst referee in the Premier League. That’s not subjective, it’s fact based on the key decisions he gets wrong (as per the Uref app).

Unable to wait for VAR, he booked Wilfried Zaha for a dive only for VAR to overturn it.

He then listened to a man running VAR, who has never refereed a Premier League match before, and ruled out Sokratis’ late winner for Arsenal despite there being absolutely nothing wrong with the buildup.

You could watch replays of that goal until you’re 90 and you will still see more of a foul on Chambers than anything he did to rule the goal out.

Clear and obvious, but only when it’s against Arsenal it seems. 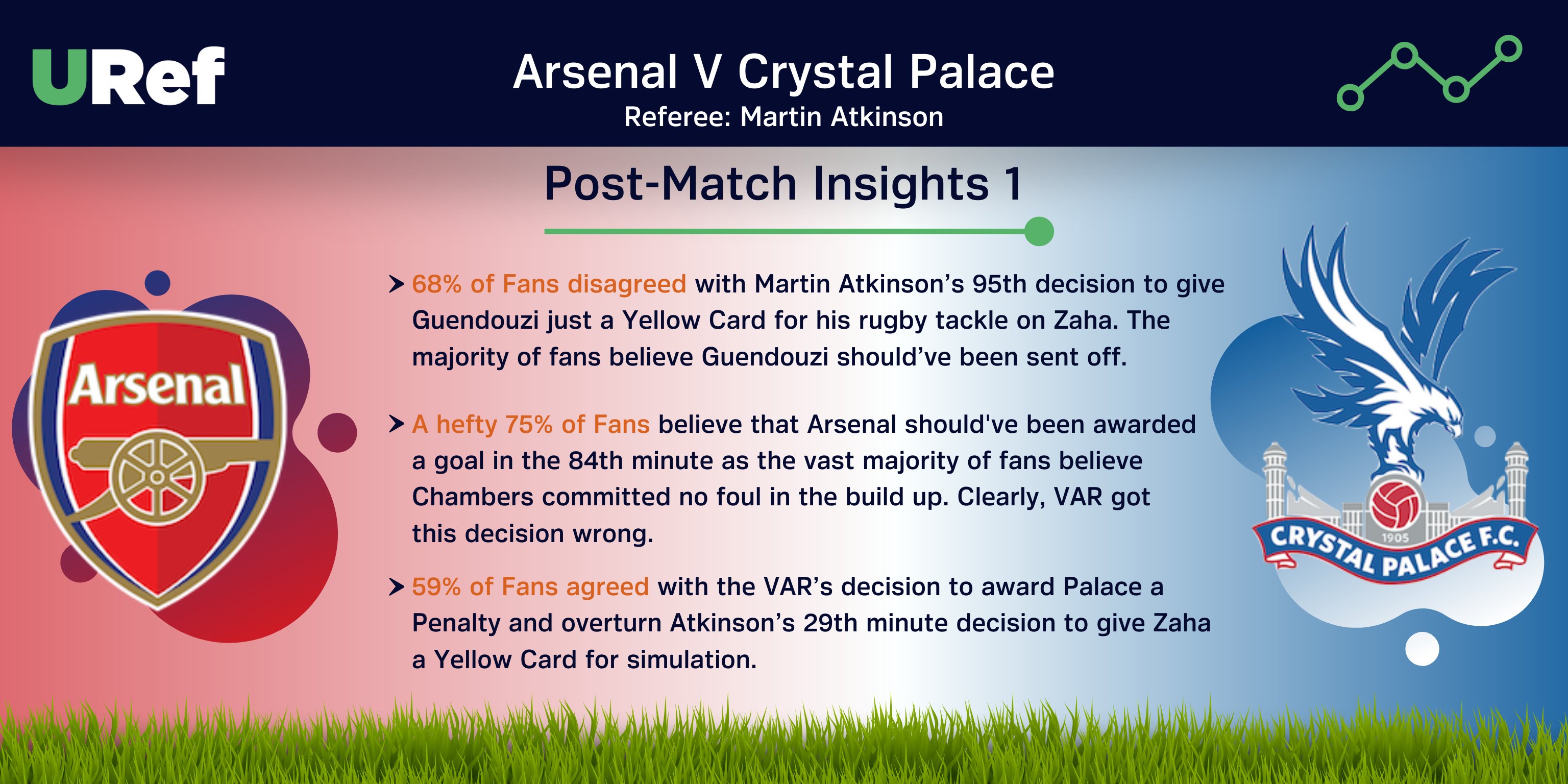 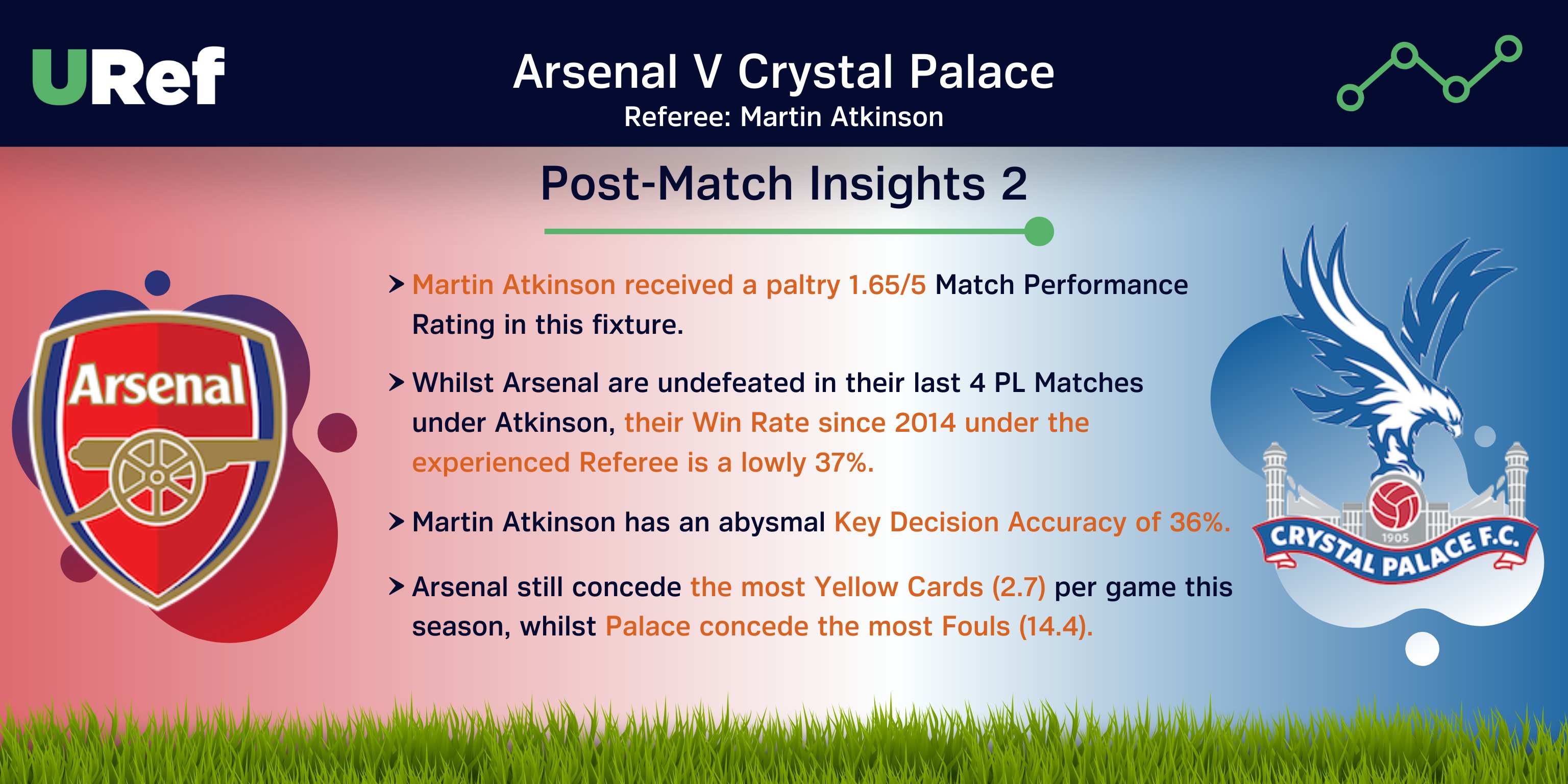 Atkinson finished Sunday’s game with a rating of 1.65 out of 5 and, if you ask me, that seems a little generous.