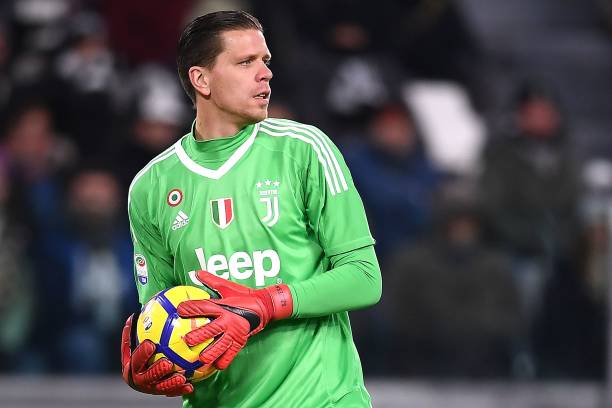 Juventus are reportedly getting ready to offer Wojciech Szczesny a new contract at the club.

That they sold Wojciech Szczesny when they really didn’t have to and the player wanted to stay will always be something I hold against the Arsene Wenger regime.

Still only 29, Szczesny has just under two-years left on his current Juventus deal that sees him earn around £110kpw and the Italians are believed to be keen to get him to sign a new contract.

Speaking back at the end of last year, Woj, along with Fabianski, gave some insight into the circus that was Gerry Peyton’s goalkeeper coaching at the club.

“Let me give you an example of a thing where you’ll laugh at first, but then you’re like ‘I’m playing for Arsenal, is this for real?’, Szczesny said. “Before the match with Chelsea, I hear: ‘Watch out. When Hazard takes his penalties, he will shoot at the opposite side of where you will dive.’ That’s funny, but then you’re like ‘Did he really just say that?'”

It is believed that Peyton and the Pole had a falling out. Wenger sided with his coach and shipped Woj out on loan to Roma first before selling him to Juventus.

“I regret not having done more there,” he added. “I won two FA Cups and a Community Shield but I would have liked to win at least one Premier League title.

“But sometimes you have to think with your brain, not just your heart.

“I used to smoke. I can’t do too much about it. I got fined by Arsene. I have massive respect for him but because it happened at the same time as I lost my spot in the starting line-up, it got massively overblown.

“I was 20 years old when I started playing in the Premier League. Maybe mentally I wasn’t quite prepared for it and that has earned me a reputation.

“But then you grow up, you mature. Now I am a husband and a father so life changes a little bit.”

Unai Emery brought a new coach with him in Javi Garcia, while Sal Bibbo also joined the club in July 2017 after Szczesny’s departure. Thankfully, that pair seem to be doing a much better job with Bernd Leno than the former coaches did with Fabianski, Szczesny and co.

Still, Woj should be Arsenal’s number one and I’m not sure I’ll ever let that go, not least of all because it took me ages to learn how to spell his name without having to copy & paste.