Arsenal have played their first pre-season friendly of the summer, though it was really an u23/u18 affair, drawing 3-3 with Boreham Wood. 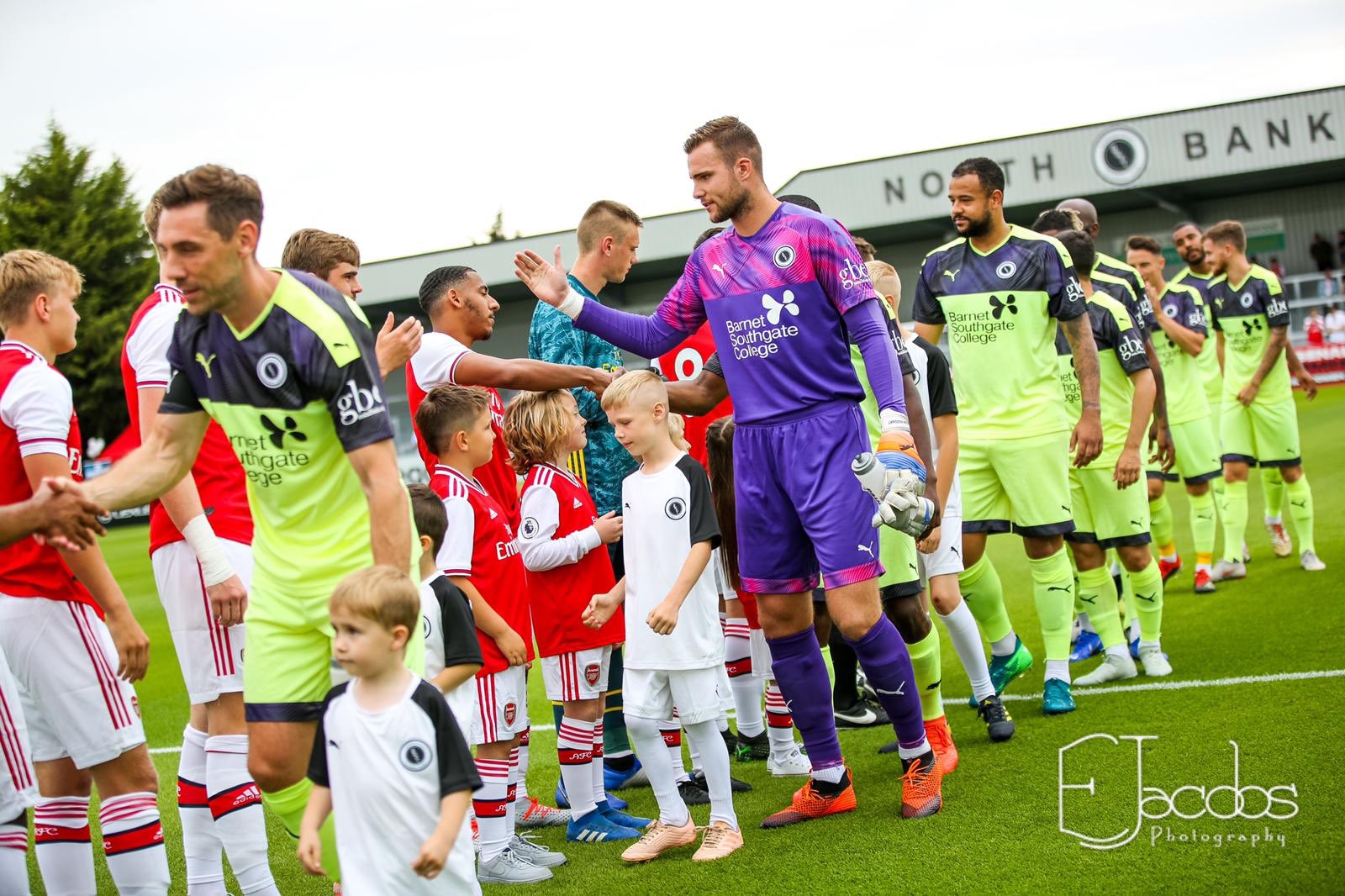 Arsenal drew 3-3 after goals by Tyrone Marsh (3), Piero Mingoia (15) and a deflected McDonnell shot in the 44th netted for the homeside. Matt Smith pulled one back for Arsenal after 40 minutes but they went into the break 3-1 down.

A number of other changes were also made including the introduction of Xavier Amaechi and Tyreece John-Jules.

John-Jules pulled another back for Arsenal after 60 minutes.

A 69th-minute penalty allowed Arsenal to finally draw level at 3-3 when John-Jules slotted home his second.

Given the delayed end to the 2018/19 season, as a result of the Europa League final, the first-team are only just now returning to training. Hence, this match will feature mostly – if not entirely – academy players.

To watch the match, you can either head on down to Meadow Park (tickets are still available here at the time of writing) or follow along on TV/online with Premier Sports. Premier Sports is a paid channel but they are showing all of Arsenal’s pre-season games.

Let’s have a look at the players confirmed to be involved so far.

Though this list is from Arsenal themselves, they add that it’s subject to change. It’s interesting to see the likes of Bukayo Saka and Emile Smith Rowe left out, seemingly so they can join the first team in training instead.

Kelechi Nwakali is also excluded, and it remains to be seen whether he’ll get a chance with the senior side in pre-season, as he continues his struggle to obtain a work permit.

It’s also very possible the team play two up front, as John-Jules and Balogun have excellent chemistry as a strike partnership. It’s hard to say exactly what system new u23 boss Steve Bould will go with on the day.

Clarke and McGuinness are both very capable centre-back options, they’re just lacking in much u23 experience, having played mostly for the u18s last season. Midfielder Smith and goalkeeper Hein are only likely to miss out on the starting lineup for the same reason.

They’ll surely all get a chance on the pitch at some stage in the 90 minutes.