With the FIFA WWC 2019 being played at home in France, I thought I would write a diary of my travel adventures and games attended during the tournament. 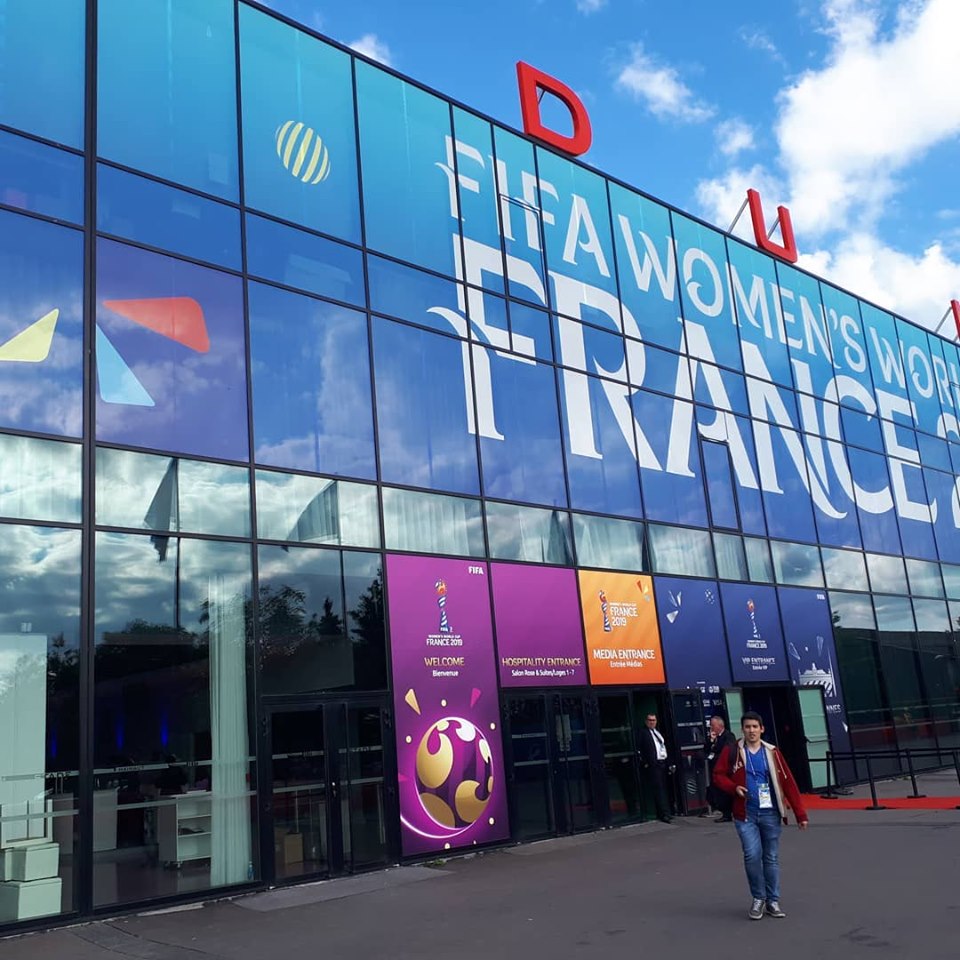 This is part two, you can read part one here.

I finally managed to get hold of my accreditation and I was now ready to start my journey through my second senior World Cup as a writer.

I had an early flight to Nice from Heathrow Airport as I had to get back to London the previous night due to some work problems. My first game of the tournament and there’s nothing better than the home team on a high after their 4-0 defeat of the Korean Republic.

Landing in Nice, I had to wait for my colleague from the French website I also write for. He was flying from Nantes and landing an hour later. We went straight to our hotel which was conveniently located a ten-minute walk from the airport.

After settling, we went into town to meet the rest of our team. Two photographers and a writer they knew from working together. We had some delicious tacos for lunch and met our friends at their hotel near the train station.

Then we took an Uber to the ground. It is a new ground outside of town with limited public transport, unfortunately. We could obviously use the fan or media shuttles, but the togs actually need to get into the ground early when media get in an H-4.

So, there we were at 4.30pm queueing in the sun and there were already more than a dozen people in front of us. The seats for the togs are given on a first-come-first-served basis. They are split into three groups and then the first in chooses their seat.

You get a full bag hand search at the media entrance and then you have to queue again to get your ticket. There is a desk for the written media and a separate one for the togs. This is where they also tell you if you have access to the mixed zone and or the press conference as spaces there are at a premium.

Then, you just spend your time waiting for the teamsheets chatting to the other journos around. On that day, I sat in the media centre next to an FA WSL manager who was doing media work as well as other journos from the BBC.

I also helped Suzy who had forgotten her phone in her Uber as it is not easy to organise things for those who don’t speak French.

The women’s football journos are a small circle that you regularly meet in press boxes at England/FA WSL/FAWC games. It is quite friendly and there is no real competition for scoops or exclusive in my opinion.

It’s the same on the French side. I always enjoy chatting to the other guys, sharing gossip we have and catching up on all the stories I have missed out on.

The game itself was tight. Norway played well and were worth a draw. Fortunately for us, France were given a lucky penalty when Engen cleared a ball and her follow through hit Torrent studs up. To add insult to injury she was also booked.

Then we went to the mixed zone. FIFA implemented a new rule. We used to wait a long time for the players, for example, more than an hour for the Lyon players at the UEFA WCL final in Budapest. Now, you have to rush as soon as the final whistle goes as players go through as soon as the game is finished.

The mixed zone is a big scrum where journos try to grab the players’ post-game reactions. They walk through it but have no obligation to stop. Then you go to the press conference in a more formal setting with the player of the match and the two managers.

After that it’s back to the Stadium Media Center and everyone is in there filing their articles and post-game quotes for their papers and websites.

On that night, we finished at 1.30am and got an Uber back to our hotel at 2am. That’s the life of a journo on a tournament matchday. Arrive three to four hours before the kick-off and leave two hours after the final whistle. My night was short as I was travelling from Nice to Montpellier a few hours later.