Arsenal have renewed their partnership with Konami Digital Entertainment B.V. (KONAMI) which will now run until 2022. 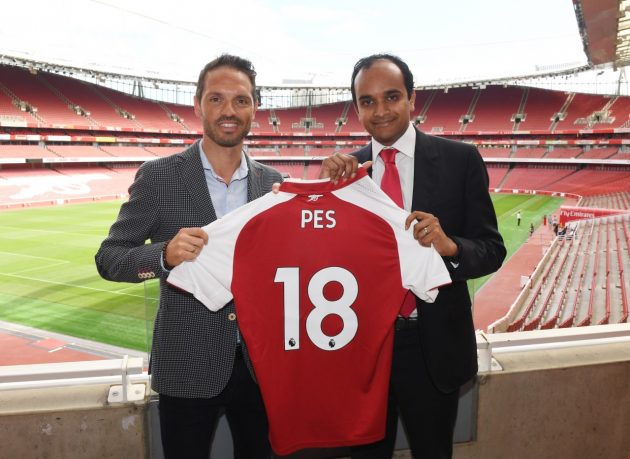 Arsenal first formed a partnership with Konami in 2017.

The partnership grants Konami better access to the Arsenal players and the Emirates Stadium so their likeness can be used in PES using 3D scanners.

PES, which has a history of using fake names and kits for clubs due to not having the right licenses, had Arsenal in their 2018 edition.

Arsenal commercial director Peter Silverstone said: “We are delighted to be extending our global partnership with KONAMI. Now in our third year, our relationship continues to go from strength to strength. We are excited to work with KONAMI to further engage our huge global fanbase and give them the opportunity to experience the players, Legends and Emirates Stadium so accurately within eFootball PES 2020.”

Konami Digital Entertainment B.V. senior director of brand and business development Jonas Lygaard said: “We’re delighted to announce the extension of our long-running partnership with one of the biggest and most successful football clubs in the world. Building on our existing relationship, we look forward to working even closer with the Gunners, who will be featured extensively in eFootball PES 2020.”