Reports emerging from Manchester United claiming that the players there have turned on Alexis Sanchez bear a striking resemblance to rumours that came out of Arsenal.

It is easy for us to dismiss stories like these at times. It could be an agent trying to get a move for his client or a club trying to nudge a player out the door.

But here we have two tales that sound the same player coming from different sets of people.

There are ‘reports’ of ‘reports’ that ‘Manchester United players are turning on Alexis Sanchez,’ that all seem to point back to a piece in FourFourTwo by Andy Mitten.

I don’t know Mitten but I’ve no reason to doubt him when he writes, “The players, who were recruited by three different managers and who have been asked to play four different types of football, are blaming each other for their imminent wage decrease. And none causes so much frustration, disappointment and anger as Alexis Sanchez, the best-paid footballer in the world’s richest league.”

Raphael Honigstein said the same about Alexis when he was at Arsenal.

Speaking on the Totally Football podcast in March 2018, the journalist had this to say:

“It’s become a bit of a joke, I think, to laugh at Arsenal because they made noises saying ‘finally we got rid of Alexis Sanchez’ and then look at what’s happened to them but I think it’s been under-reported just how badly the whole Arsenal dressing room hated Alexis Sanchez. 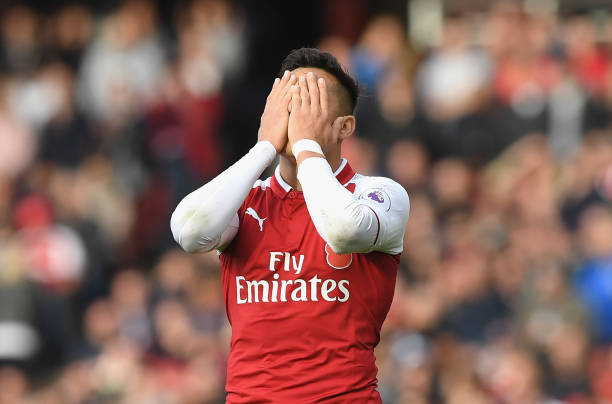 “They really felt that he was just playing up to camera doing all these things like ‘Oh I’m trying but no-one else is! What am I doing here?!’

“And then, quite tellingly, Wenger, he talked about this last year if you go back.

“They put up stats inside the dressing room after every game showing the amount of kilometres run, the passing and Sanchez would regularly come out with the lowest mileage by a big distance and the players would just go absolutely bananas at him playing to the camera and making all these moves like ‘Oh, they’re just not worthy of me! What am I doing here?!’

“So they really wanted to get rid of him.

“Whether they have improved as a team is a different story but I think it is a happier dressing room no doubt.”

Reports emerged as early as August 2017 that Arsenal players had a problem with Alexis. Back then a report in the Telegraph claimed that the Arsenal squad were so fed-up with Alexis’ antics that they want him sold.

That was followed up in September by Bob Wilson claiming the players had wanted the Chilean forward to be sold in the summer.

December saw the S*n quote an “Emirates source” claiming some of the players were upset with the way Alexis was acting, claiming he was harming the atmosphere in training because he wanted to leave.

Certainly tracking all the stories around Alexis and his teammates there seems to be a transfer-window related pattern.

Funny how another one is approaching and here we are again, huh?