Dennis Bergkamp has revealed that he is working as a volunteer at Almere City meaning he isn’t getting paid. 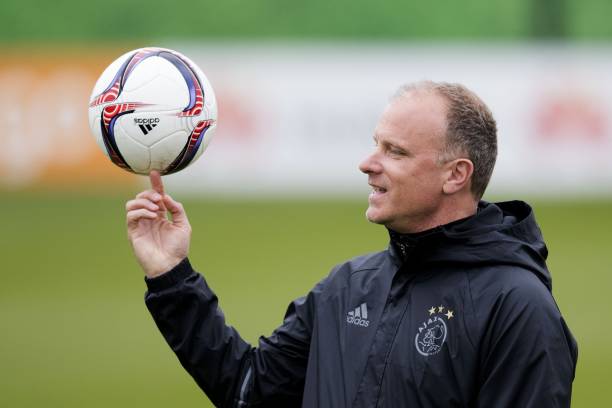 Speaking to reporters, Bergkamp was trying to explain why he didn’t want to talk to reporters.

“I am a volunteer,” he said. “Should volunteers also do press? No right?

“I just don’t have much to say. Except that I really like it. I like to help.

“I didn’t feel the need [to work] for a moment after what had happened [at Ajax]. I wasn’t really looking either. This came my way, it felt good, that’s how it works.”

He also added, somewhat surprisingly when talking about Ajax, “I don’t watch that much football by the way.”

Bergkamp left Ajax over a year ago and it seems like there is a still a legal case ongoing between the parties. However, the Arsenal legend has now joined the technical staff at Almere City FC.

Founded in 2001, by which point Bergkamp had already been an Arsenal player for six years and had won an Eredivisie, two KNVB Cups, a European Cup Winner’s Cup, two UEFA Cups, one Premier League, and one FA Cup in his career, they currently play in the Eerste Divisie in front of a 3,200 capacity crowd.

Bergkamp’s 20-year-old son Mitchel is also on the books of the club but has yet to make his debut for the first team.

He plays as an attacking midfielder and has one goal and one assist in 14 games this season.

Bergkamp was reportedly removed from his role as assistant manager at Ajax after a disagreement with Marc Overmars prompting some to claim the Arsenal legend’s ruthlessness was feared at the club.