Denis Suarez’s agent has reportedly asked Barcelona to allow his client to move to Arsenal even though the two clubs cannot find an agreement.

As you know, Barcelona want cash and Arsenal don’t have any (something we explain at length here). The Gunners are trying to secure a loan, Barca want an obligatory purchase option and not much has happened to move things along over the last few days.

According to Gazette dello Sport reporter, Nicolo Schira, Suarez’s agent has now asked the Catalan club to allow his player to move to England.

This morning #DenisSuarez’s agent has asked #Barcellona to be sold to #Arsenal. He wants to leave to Premier League, but in this moment there isn’t an agreement between #Gunners and Barça on bid (#Emery has offered a loan with option to buy). Talks ongoing. #transfers #AFC

From previous reports, Suarez wants to play for Emery so it is just the agreement between the two clubs that is causing a bit of a problem.

Suarez has, reportedly, made up his mind that he wants to leave Barcelona for Arsenal this month, with the two clubs in contact over a loan deal, according to reports in Spain. 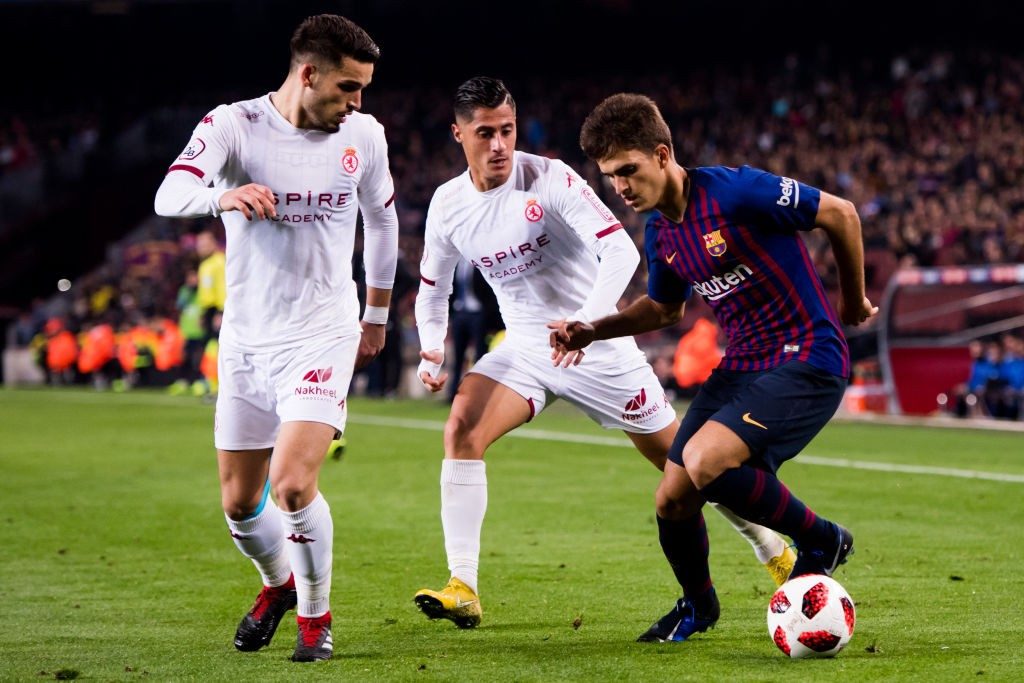 BARCELONA, SPAIN – DECEMBER 05: Denis Suarez of FC Barcelona controls the ball under pressure from Jose Alonso (L) and Hugo Rodriguez (C) of Cultural Leonesa during the Copa del Rey fourth round second leg match between FC Barcelona and Cultural Leonesa at Camp Nou on December 05, 2018 in Barcelona, Spain. (Photo by Alex Caparros/Getty Images)Marca write that Suarez, who has been utilised as a winger this season, probably played his last match for Barcelona earlier this week. They say he is ‘widely expected’ to make a move away from the club in the January window, even though manager Ernesto Valverde doesn’t want to let him go.

Unfortunately for Valverde, Marca claim Suarez has ‘made up his mind’ about leaving the Camp Nou. They say Arsenal and Barcelona have been in contact over the last few days, and it’s looking more likely the player will go on loan to Arsenal.

If the deal goes through, it will reportedly include an obligatory buy-out clause at the end of the loan.

Until the deal goes through, Suarez is keen to show his club that they’re making a mistake. He certainly did that in midweek, playing in the Copa Del Rey, winning a penalty with an impressive run after coming on with his team 2-0 down.

Suarez was back on the bench this weekend, however, as Barcelona won 3-0 against Eibar on Sunday. He stayed there for the whole match.