Arsenal Women’s unbeaten run ended up with a 2-0 defeat away at City but it wasn’t unexpected considering our bad luck with injuries in the last few weeks.

As early as pre-season there was a hint that the squad was too small when it was hit with injuries to Danielle Carter, Tabea Kemme, Jessica Samuelsson and Viktoria Schnaderbeck. 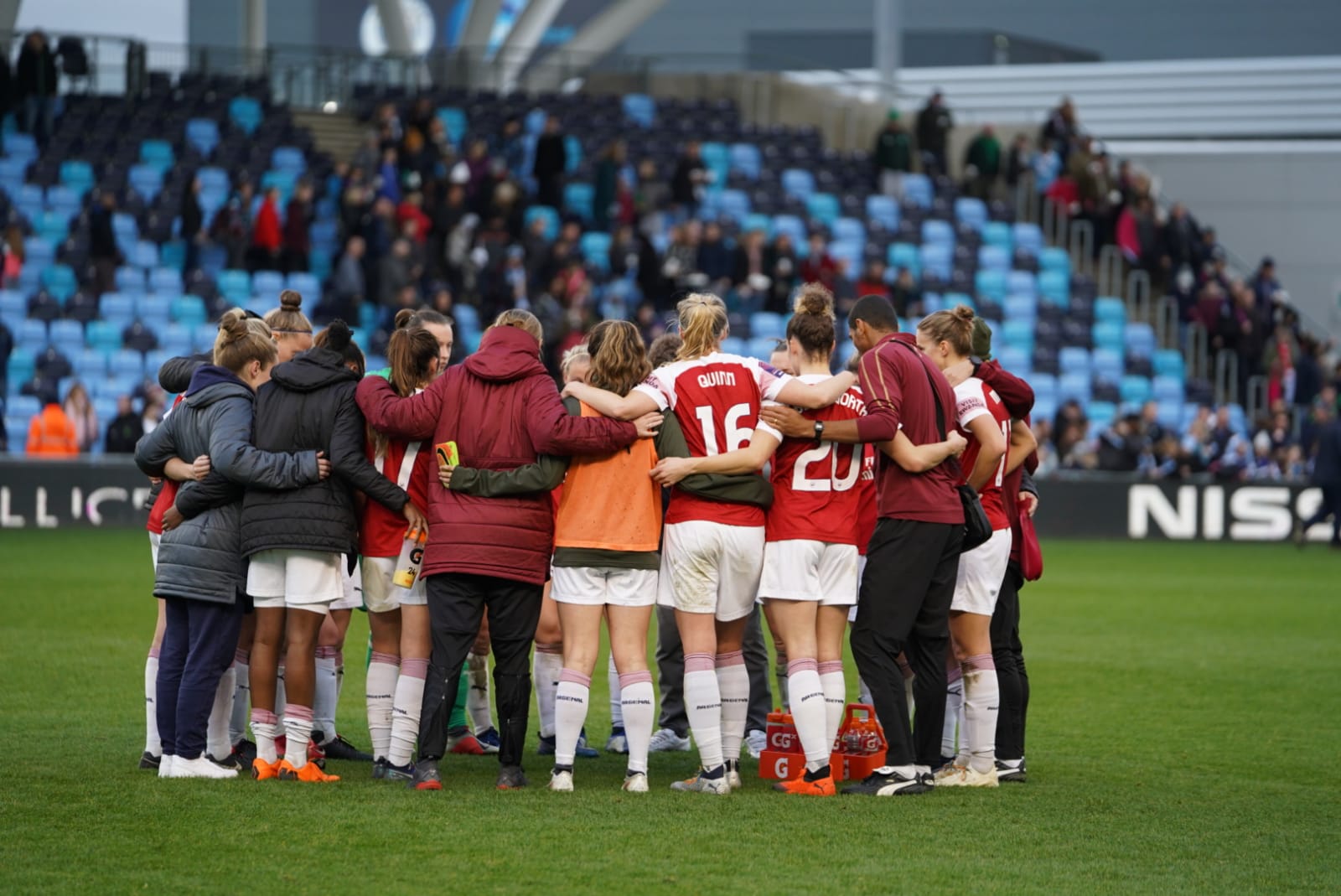 With only 18 players and youngster Ava Kuyken boosting the numbers to 19, Joe Montemurro hasn’t been able to name seven players on the bench all season. Obviously, for most of the season, that was not a problem as things were going really well and results were superb.

But a small squad had its benefits, allowing the manager to rotate through all the players, giving them enough playing time to keep them happy, including the goalkeepers.

Squad morale and mental strength is important and keeping everyone involved allowed the team to develop affinities on the pitch that led to the beautiful, attacking football we have all enjoyed this season.

With a twenty-player squad of fit players, two would be left out of the matchday squad every game. Squad rotation would be more complicated, as seen under Pedro Losa when he tried to give playing time to too many players, losing consistency.

The real problem at the time was the transfer window closed mid-August, earlier than usual to align with the men’s. Another brilliant hatchet job by the FA.

Therefore, the club had little time to chase and sign new players. We did have 18-year-old Ella Rutherford on trial, but she would have been so far down the pecking order that signing her as a fringe player would not have helped her development.

At the time, who could have predicted that Kim Little would be badly injured by Drew Spence and that Jordan Nobbs would, unfortunately, do her ACL?

The other problem that had a big impact is the fact that, in the last two summers, the club was unable to retain young and promising talent. Traditionally, youngsters used to stay in the reserves for two or three seasons and leave in search of first-team football aged 20 or 21. That has not happened in the last two seasons.

There should be at least a couple of players in the squad born in 98/99 filling the bench and ready to grab a chance if needed.

But, at the moment, Montemurro can only bring up players born in 01/02. All the intermediate age group players have either gone to the USA to study or to Championship teams that guaranteed them more playing time. A couple moved to at Everton in the WSL.

Chloe Kelly, Rianna Dean, Anna Filbey, Lucy Parker, Taylor Hinds, Georgia Allen, Jessica Naz, Anna Patten or Lotte Wubben-Moy would have brought more experience to the squad had they stayed at Arsenal, but their development would clearly have been slowed down with less playing time.

Although the 16 and 17-year old players are promising, only Kuyken has enough experience of training regularly with the first-team to be able to deal with tough opponents like Manchester City.

17-year-old Paige Bailey-Gayle got her first Arsenal start in Sunday’s early title decider against City. Amelia Hazard was on the bench for the first time, making her debut as a sub. That kind of game is a hard environment for youngsters to flourish.

It will certainly accelerate their development, which is good news, but right now, it is a big ask for them to have the same impact as seasoned international players.

The squad will be boosted by the signing of Janni Arth when the transfer window opens and other players might be back after Christmas hopefully to boost up the numbers, including Little.

As for the next two Continental Cup games against Championship sides Charlton and Millwall, I hope the manager will rest any players carrying a knock and play the youngsters as these are the perfect games to give them first team football.