Jacksonville Jaguars have confirmed that they will not play any games at Tottenham’s new ground when it eventually opens stating they will only play at Wembley.

As expected, Tottenham announced yet another delay to their stadium that has been plagued by contractor problems, issues with wiring, that needed to be replaced twice, being built over and many other issues.

The cost of the build continues to rise and we now know that the club, who claimed their new ground was the ‘only place to watch the Champions League in London,’ will not open in 2018.

Tottenham are keen to land a regular NFL franchise for their new stadium when it eventually opens, however, speaking to the Evening Standard, the Jag’s president, Mark Lamping, said, “We’ve been doing five-year agreements.

“In a couple of years we’ll sit down with the NFL again and I’m sure we’ll want to continue that commitment to London and it’s our hope and expectation that the NFL will support us.

“Our conversations and our proposals to continue to play games in London will be conditioned on them being played at Wembley.

“We don’t control that — the NFL controls that — but our commitment here [in London] is tied to Wembley.

“For the Jacksonville Jaguars, Wembley is the best place to play our NFL games and that’s where we intend to play them.

“We think Wembley is the best place to play NFL in London. That’s our view — not necessarily shared by everyone — but we firmly believe that.”

So far, Spurs have reached an agreement to host just two NFL games at their new stadium. Their stadium has been designed as both a football and American football ground, with a synthetic surfcae for NFL games below the grass pitch and two dedicated entrances.

Tottenham originally wanted to open their new ground for their game against Liverpool on 15 September.

The chief engineer on the project, Nick Cooper, has declared that, when finished, it will be the ‘greatest that’s ever been built’ in some pretty Trumpesque comments, but I guess they have to actually finish building it for us to determine if that’s true or not. 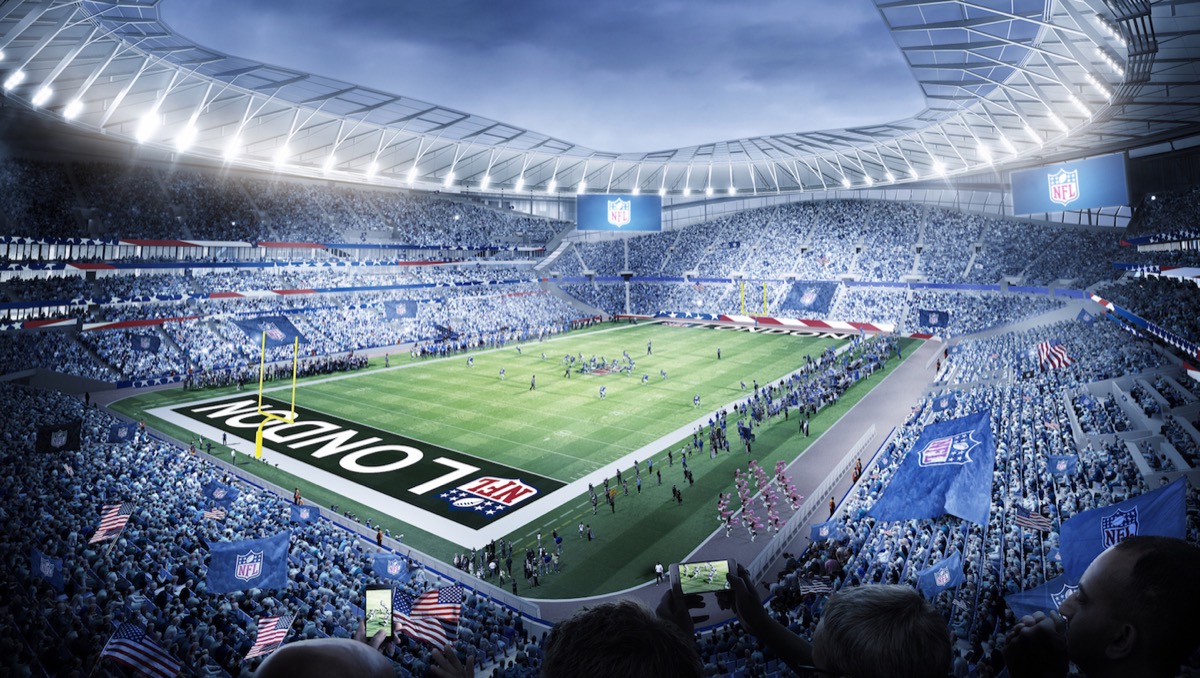 Tottenham have denied that the cost of their stadium has risen to £1.2bn after more delays could see this season written off for the club in terms of opening their new venue.

Sources within the construction industry have claimed that the cost of the project could see Spurs paying 300% more than the original £400m-cost.

This comes down to Daniel Levy not negotiating a fixed-cost deal with the contractor, Mace.

Most building projects run over schedule and over budget, apart from the Emirates but we had Arsene ‘Economic Whizz’ Wenger in charge of that. It really is a special effort to increase costs by 300%. That £850m figure in the Matt Law’s piece is also misleading as the original stadium estimate was £400m.

You’d also expect, if you’re paying around £1bn for anything, somebody would be able to give you an idea of when you might be able to use it.

The management of this project has been shambolic from Tottenham and it will be their fans who have to pick up the tab.

“I must adapt”: Willian on Arsenal and Chelsea training differences

Mohamed Elneny is 2nd best in Premier League & 12th in...

Willian to leave Arsenal this summer