Tottenham have extended their line of credit to take their stadium borrowing to £500m.

The rise in costs has come about due to the delay in construction with senior sources telling the Mail on Sunday that Spurs have extended their £400m, five-year loan from Merrill Lynch, Goldman Sachs and HSBC by a further £100m.

Unlike Arsenal, who agreed to repay their stadium financing back over a longer period, thus easing the burden on the club, Spurs agreed to a five-year repayment plan in 2017, leaving them just under four years to pay the money back.

It is still unclear when the new stadium will be ready after it was discovered that wiring for some critical systems had to be taken out and redone. Twice.

“There are literally thousands of miles of wiring to cover in order to find the faults,” a source told the Mail. “Some of the wiring has been built over.”

It is believed that the faults have not yet been resolved and Spurs’ opening date has now moved further into 2019. Tottenham originally wanted to open the ground for their game against Liverpool on 15 September.

It was supposed to be open months ago but Tottenham’s new stadium is still some way from being finished with reports that it could open by the end of 2018 looking ever more fanciful.

The chief engineer on the project, Nick Cooper, has declared that, when finished, it will be the ‘greatest that’s ever been built’ in some pretty Trumpesque comments, but I guess they have to actually finish building it for us to determine if that’s true or not.

Cooper told the BBC: “We’ve tried to do something in double time.

“If you look at any other project of this nature you wouldn’t have achieved as much as we’ve achieved with the stadium. [Read on to the end to find out why that’s just not true]

“Be patient with us, we understand the frustrations. [It will be] the greatest that’s ever been built.”

Pochettino is ‘confident’ that the stadium will be ready for the end of the year, saying recently, “I am confident this year. I had a private conversation with Daniel.

“I think they are confident. They are working hard to try to find the solution.

“I hope before the year ends, before Christmas, we can play. That’s my wish.”

As you can see from the images below taken at the end of September, the stadium is still some way from being finished. Spurs will then have to host a number of test events to ensure the ground is safe enough for the paying public.

You can get a better feel for the state of the place in this video which was posted on Youtube:

Tottenham have denied that the cost of their stadium has risen to £1.2bn after more delays could see this season written off for the club in terms of opening their new venue.

Sources within the construction industry have claimed that the cost of the project could see Spurs paying 300% more than the original £400m-cost.

This comes down to Daniel Levy not negotiating a fixed-cost deal with the contractor, Mace.

Most building projects run over schedule and over budget, apart from the Emirates but we had Arsene ‘Economic Whizz’ Wenger in charge of that. It really is a special effort to increase costs by 300%. That £850m figure in the Matt Law’s piece is also misleading as the original stadium estimate was £400m.

You’d also expect, if you’re paying around £1bn for anything, somebody would be able to give you an idea of when you might be able to use it. The management of this project has been shambolic from Tottenham and it will be fans who have to pick up the tab.

Claiming their new ground would be the only place to watch Champions League football in London this season was just a little cherry thrown from Levy to the Arsenal and Chelsea fans.

More Spursy goodness: "They describe a huge site where small problems escalated rapidly. And compounding these programme setbacks were personnel issues, with reports of physical altercations and drug-taking on site."

They really are the gift that keeps on giving pic.twitter.com/kM4xisJ5ZT

The Mail on Sunday reported in an EXCLUSIVE that Tottenham’s new stadium may not open until 2019 after some safety systems were found to be missing completely.

Sources who spoke to the MoS in August believe the problems could take up to six months to sort out.

They told the MoS reporters, “The critical issues include [safety] systems. Some systems are incomplete or missing and nobody knows how long it is going to be.

“Completion could run into next year, depending on what other issues crop up. A best guess is that this delay will be between three to six months. In addition, the cost of the build has already reached £1billion and it is difficult to predict what the final bill will be. The costs keep piling up.”

A spokesperson for Spurs said, “Urgent follow-up meetings with Mace [Tottenham’s construction partners] and the trade contractors are currently taking place. We are reviewing the situation and planned timetable to rectify and re-test, after which we shall be in a better position to outline a revised timetable.”

A company working on Tottenham’s new stadium advertised for electricians in August to start immediately on a ‘three-month contract’. 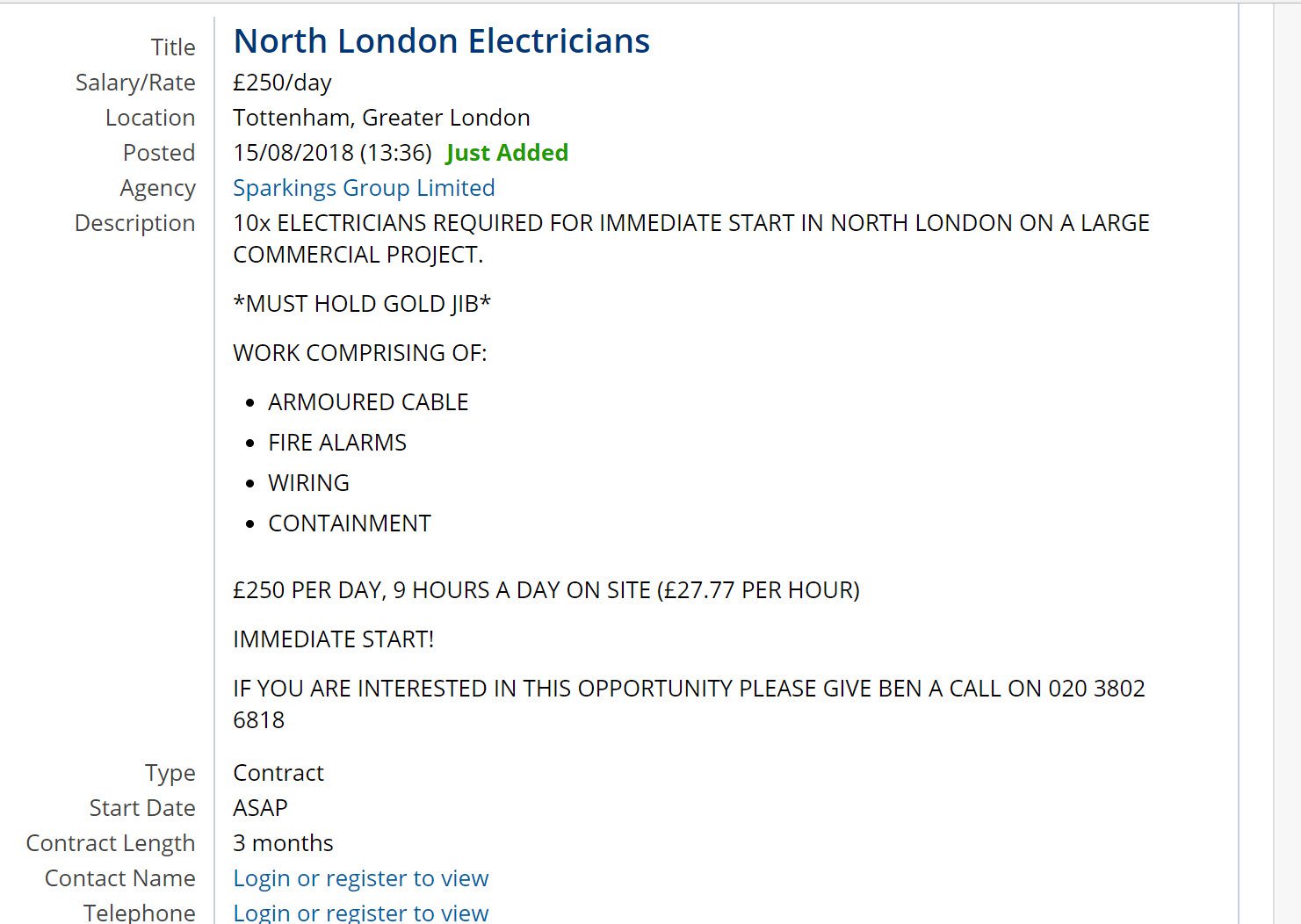 The ad was discovered and posted on Reddit by an eagle-eyed user and was the first hint that things could get worse for Spurs before the MoS released their exclusive.

The stadium was supposed to be ready for Spurs to play all their home games at their new ground, apart from the match against Fulham which was always expected to take place at Wembley.

How does it compare to Arsenal’s build? Read on to find out

What all this does is highlight what a remarkable job Arsenal did to construct Ashburton Grove on time and budget.

Spurs’ project was estimated to cost around £400m but that has now officially rocketed to £850m with the figure not expected to stop there. In April, the Guardian reported it could pass the £1bn mark before it’s complete and, as you read above, some involved with the project think they have already surpassed that figure.

Some Spurs fans (and media) will point to an ‘accelerated’ and ‘ambitious’ schedule Spurs allegedly attempted to open their stadium this season, however, they actually began work on it in 2012 after announcing plans in 2008 and submitting planning applications in 2009. It was then revised in 2010 before building started in September 2012.

They said it wouldn’t affect spending. They told us it would help us compete. Am I talking Arsenal or Spurs?

It doesn’t matter because both clubs said the same thing and both clubs lied, as Spurs fans are starting to realise.

Whisper it quietly but Arsenal fans can help Tottenham come to terms with what they are about to go through. It might have seemed like bitterness stemming from their rivalry, but when Arsenal fans tried to tell their Tottenham counterparts they were in for a rough ride, they were being sincere.

Spurs are the only ‘top’ side not to have bought any players. They can argue they don’t need to, given how well they played last season but a). they won nothing and b). if you aren’t improving you are going backwards.

Daniel Levy told Tottenham fans that their new stadium would not impact their ability to buy players.

Levy told us it won’t make a difference pic.twitter.com/sycrcxeGi4

It’s a tale Arsenal fans are familiar with. They heard the same for around eight years after they moved to the Emirates only for the board and management to then use the fact they were hamstrung by the stadium move to finally justify a lack of spending and sales of big stars.

That was Arsenal’s model and it could well be Tottenham’s too – buy young, sell high.

They also sold tons of youth and fringe players while releasing more for nothing including Mathieu Flamini (the first time) and Andrei Arshavin.

Spurs will hope that their young players stick around but, as the reality of the mortgage payments on a shiny new home kicks in, many of those players will release they can double and triple their wages elsewhere.

Money that comes from selling them won’t be reinvested in the squad, at least not adequately. Tottenham will hope Mauricio Pochettino can wring the same results from a lesser squad. That’s assuming his head doesn’t get turned as well.

For all Arsene Wenger’s faults, there was never a danger of him leaving Arsenal in the lurch. One of the many guarantees Arsenal had to give to secure funding to build the Emirates was that Wenger would remain in charge. He signed up knowing it meant he was unlikely to taste glory for some time.

Will Pochettino feel the same? Is he as embedded at Spurs as Wenger was with Arsenal? That seems unlikely.

Football rivalry makes it easy to laugh when the other side are suffering but what is about to happen at Spurs doesn’t have to be the way it goes. They could have learned from the frustration Arsenal caused their fans and been a bit more honest with their projections. But why should they?

When fans will swallow most of what a club tells them, what incentive is there to be honest?