After reading Nia Griffith’s piece on some common attitudes to female Gooners, I wanted to talk through some of the reasons that are commonly given for why women have a lesser place in the footballing world than their male counterparts.

Some of it is tongue in cheek, some of it is deadly serious, but almost all of it is a generalisation.

Just as not all Goonerettes fall foul of these five reasons, nor do all men think or behave according the them.

Whatever your perspective, enjoy. 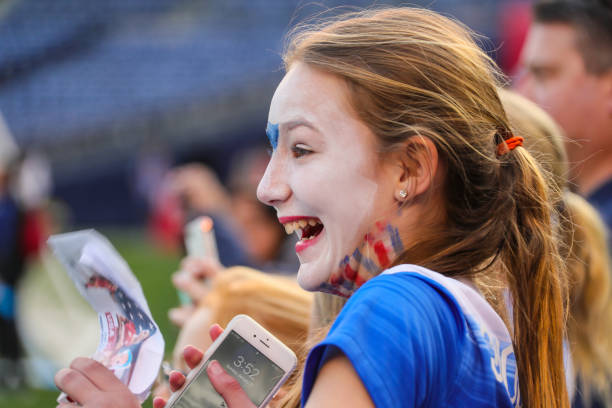 ‘If you don’t understand what’s going on (and you don’t) then either keep quiet or go somewhere else – like the kitchen. I just want to watch the footy in peace’

We’ve all heard the jokes about women who don’t understand the offside rule.

From the comments from fellow fans around me at games or in the pub, it seems that this is not exactly restricted to female supporters by any stretch of the imagination.

The truth is that in some ways, the fact that Goonerettes have to work so hard to convince everyone that they’re credible probably means that the ones you most likely come across are actually dedicated students of the beautiful game.

The real question is at what point did understanding the finer points of a sport become an integral part of following your team?

Take rugby – I’ve never followed it, I’ve never learned the rules, I even find it a bit boring – in short, I know sod all about it.

“You’ve never played so how would you know? Go make me a sandwich.”

Now where do we start with this one?

If we look at pundits, while there is a trend towards ex-pros particularly from a marketing point of view, there are still a few who have never played.

Certainly there are still a fair smattering who have never played at the top level, and, let’s face it, the standard of punditry is in a pretty sad state with the likes of Michael Owen deemed fit to grace our televisions.

Yet this need to prove your credentials prevails.

The truth is that the youth football opportunities for girls are significantly more limited than for boys of the same age, both casually and in formal programmes. More importantly, the attitude towards girls who want to play football is massively more prohitive, whether from the lads on the street or the coaches at the clubs.

For those who make it through this difficult period, there is a thriving university football scene in spite of the various stigmas attached with being a female footballer, such as accusations of looking ‘butch‘ or like ‘men in drag‘.

Translate this into longevity, and it is hugely more difficult to make a living in women’s football, certainly one that would sustain a player past retirement.

Take Arsenal ladies – more successful than the men’s team by some distance in recent years – a trailblazer in the women’s game as the first professional team, and until recently the only ladies team paying enough to allow players to give up other part-time jobs, let alone put some aside for when their careers end and they need to retrain.

Compare this with the men’s game, where increasing numbers of Conference teams are fully professional. 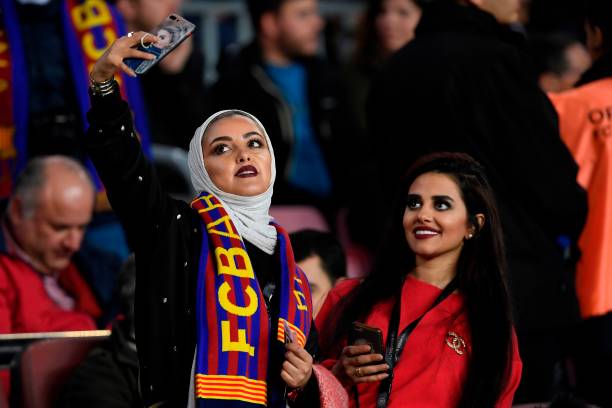 “You should just support the same team as your bloke, rather than because your pet rabbit is called Bubbles. Now, where’s my vanishing spray?”

The best thing to come from the vanishing referee spray. pic.twitter.com/mnZknRko8E

Let’s say you go to the horse racing or the greyhound stadium – what logic do you use to pick the horse or dog on which you place your bet? For some, it will be a calculated decision based on form, weight, trainer.

For others, it will be because of a name or a colour.

Now think about what made you start supporting Arsenal.

I’ve been a Gunners fan my whole life – the football has always been on in my house so I’ve never even had to think about it.

I remember when I was nine, I was kept in at lunchtime at school because I was the only one in my class who didn’t want Man Utd to win the Champions League Final.

I remember aged 11 sneaking downstairs to watch the penalty shoot-out in the UEFA Cup Final.

I remember my first shirt (the JVC one with the blue stripes) and my first live game (Arsenal vs Chelsea, FA Cup, 2004).

I remember the pain of being stuck in a jubilant Tottnumb stand as they smashed us 5-1 in the then Carling Cup and I remember the ecstasy of being in the heart of the Gooner crowd at last season’s FA Cup final.

He later changed to Chel$ki as he thought they were a “better blue”.

I suppose the point is that it doesn’t matter your reasons for choosing your team, what matters is what makes you stay.

Football is too rough for women

“You might get upset and collapse in a heap if someone so much as makes a tackle, and I haven’t got time to wave the smelling salts when there’s a game on!”

It has always struck me as odd that female fans are more welcomed at rugby games where incidents such as eye-gouging and stamping are not uncommon occurrences, whereas they are so much less welcome at football games, where the sight of head bumping, happy slapping and egos posturing is the more usual fare.

Besides, even if football was rough, that wouldn’t mean that someone can’t enjoy watching, just because you wouldn’t like to be on the receiving end.

The same is probably true for the majority of men watching in the crowd or at the pub.

It’s a bit like watching horror films or war films – just because you wouldn’t want to be chased by a chainsaw-wielding madman or be shot at by a marauding machine gunner, it doesn’t mean you don’t want to watch the film. 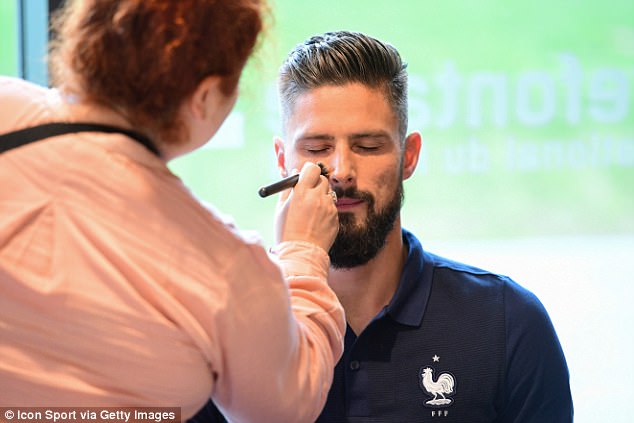 It’s true – when you put 22 men in peak fitness on a field, and 11 of them even wear your team’s colours, chances are that at least a couple of them are going to be worth a second look.

If roles were reversed, there are a lot of men who would be doing the same – you only have to look at the Football Fittie hashtag that does the rounds on a Wednesday night.

The thing is, Arsenal do have quite a prevalence of rather attractive players too (sorry, Gabriel, you’re not one of them), but it’s not as if any women watching the games just drift off into some sort of sex-induced daydream every time Oli or Alexis enters their field of vision.

When play is stopped, so what if a few of them do enjoy a little eye candy? Don’t kid yourself that blokes would be any different (ask them about Emma Byrne or Hope Solo).

After all, that’s exactly why Crystal Palace have cheerleaders at half time.

We live in a world where it’s socially acceptable for a man to read a paper on a train where women’s naked bodies are openly advertised so if you’re seriously bothered about a little physique-admiring of elite athletes then you’re probably too easily offended.

Besides, how many times have you heard a bloke remark that he’d happily have Alexis’ babies?

Much of this article is tongue in cheek, and although you can probably tell my gender from the fact that I have written on this topic in the first place, the points made could have come from anyone, irrespective of whether they are male or female.

Growing up, I had posters of the likes of Thierry Henry and Cesc Fabregas adorning the walls of my bedroom, but that isn’t exactly a sole female preserve.

I’m personally very used to bucking trends – it always amuses me how if I chip into a football conversation with a group of men that, typically, my first few comments are ignored, and then followed up with remarks such as “wow, you really follow football don’t you?”

As well as amusing me, that surprised reaction also slightly depresses me in truth.

Are women who are prepared to speak out really that few and far between?

Everyone should be able to be themselves, irrespective of gender.

Then again, that’s not a football-specific issue – I see a very similar response when people find out I studied physics at university.

Social pressures build up over time until they become embedded.

Up until I was about 13, I lived on a street where there were eight boys and me of a similar age, but in spite of the fact that I could more than hold my own, every so often someone would assert that I shouldn’t be allowed to play because I was a girl, particularly as we all got older.

Some of those fights didn’t end so well – injustice is a powerful motivator.

Likewise, the prejudice in the more institutionalised football communities was also pretty scary. The football coaching I attended as a small child ended at around seven or eight because they stopped allowing the girls to play with the boys at that point.

At primary school I captained the mixed football team, yet I wasn’t allowed to play in the playground games at break times because it was deemed too dangerous.

Increasingly these attitudes transferred to my peers until boys thought it was no longer “cool” to let me play and girls though it was weird that I wanted to.

I’m ok with being a bit weird, but that’s not true of everyone, and it’s depressing to think how many girls are discouraged from playing or even watching a sport they love because of other people’s attitudes.

(Yes, I actually got a quotation from Matilda in! What a girl!)

Of course, Goonerettes have the same issues as their male counterparts – some have their own carefully considered opinions, others spout the latest fashionable opinions they overheard in the pub, others don’t want to void an opinion at all and want to enjoy watching without thinking too much.

Really what I am defending, as Nia did earlier this week, is the right of our female fanbase to hold – and voice – those opinions.

As long as I’m treated as an individual rather than defined by my gender, I don’t much care if I’m the only girl in the world who wants to watch football.

Somehow I doubt I am though.

We certainly don’t have to agree, but we should all be able to argue and debate without having our opinions disregarded for superficial reasons.

Every Arsenal fan is different.

Some are tall, some are short. Some are collecting their pensions, some have just bought their first replica shirt. Some go to every game, some get up at 3am to watch games on a dodgy stream. Some think Arsene should stay, some think he should go.

The one thing that we all have in common is a love for this football club, a love that should bring us together not divide us.

We face enough opposition from outside the club already.