Now Arsene Wenger is gone from the Premier League, banner-flying firms might have wondered how they would stay in business but Manchester United fans look set to step up.

According to the Daily Mail, United fans are planning on hiring a plane to fly a banner over Turf Moor when their side takes on Burnley on 2nd September. Some outlets are reporting the banner will be flown overhead during their game against Tottenham on Monday night.

The message they are paying for will reportedly say “ed out — LUHG’ (Love United Hate Glazers)” in protest at their chief executive, Ed Woodward, and their American owners, the Glazers. 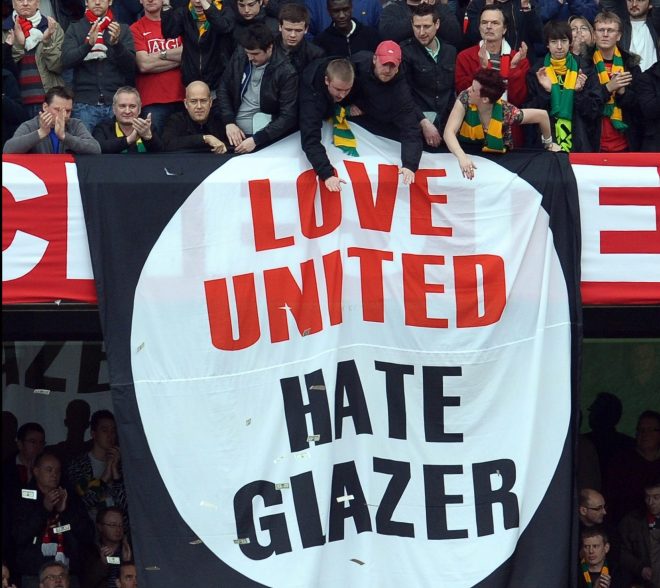 United fans will be encouraged by the last time they flew a banner over a match on live TV, with many holding them responsible for giving Arsenal fans the idea in the first place. In 2014, some of the Old Trafford faithful paid for a plane to deliver a message to David Moyes that he was no longer wanted at the club. He was sacked a month later.

Despite spending over £400m since Jose Mourinho arrived just two years ago, Woodward has been accused of undermining the manager by not backing him with enough funds.