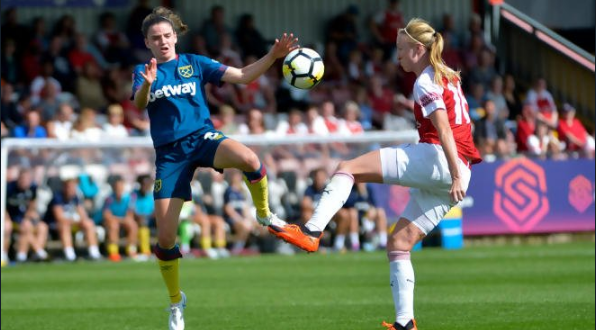 Matchday two saw a number of upsets again as Championship teams delivered against FA WSL teams. As a result a Championship team leads one group while two other lower division teams are also in qualifying position.

No upset in Group One North this week, with the FA WSL sides dispatching the Championship sides. Manchester City have the lead with five points, ahead of Bristol and Birmingham with four points each.

Reading have a good opportunity to make the quarters finals with two wins in two. Another win will see them through. Durham upset Everton who were without their u20 world cup bronze medalist and only brought two subs (!). Another Championship team taking an FA WSL team’s scalp.

Reading are top of the Group with six points, the other four teams look to be very close for the second qualifying place.

Two upsets in this group with newly promoted Championship side Palace beating Yeovil 1-0 away, and Spurs beating Brighton on penalties, with 22 shots taken in that game and a former Arsenal Development goalie scoring the winner.

Chelsea hammered the Bees 6-1 and looked very good in awful weather conditions, with their slick passing and off the ball movement.

Chelsea top the group with six points while Palace are second with five.

No game for the Arsenal, who stay in second place in the Group. Championship team Lewes top the group for the second week in a row, despite losing at FA WSL side West Ham. In the battle of the Championship teams, Charlton defeated Millwall.

Lewes, Arsenal, West Ham and Charlton all have three points so far.

The next set of games will be played on 16th September and Arsenal will be away to Lewes at The Dripping Pan.