Theo Walcott’s father, Donald, has reportedly been told that he can’t take four pictures of his son from his private box at the Emirates unless they’re removed from the frame.

Another day, another bizarre story that the S*n appear to have stirred up out of thin air. This time, Theo’s family have allegedly been told they’re only allowed to take down pictures of the forward from his private box at the Emirates if they leave the frames.

I know what you’re thinking: scandal of the century.

Obviously, Theo’s box at the Emirates won’t be getting much use now that he’s joined Everton, so it’s understandable that his family would want the images for themselves as a memento.

The Emirates wanting to keep the frames also makes perfect sense considering in a stadium, you would assume that the frames are secured onto the walls.

The story itself seems so small that you have to wonder why the S*n would make it up in the first place. Not only it is small, it’s insignificant. Why do fans care that Theo’s dad wasn’t allowed to take down picture frames in his son’s box?

It seems like a pretty lazy attempt at making Arsenal seem cheap and petty. And, these days, we’re only one of those things.

After their hatch story on Pierre-Emerick Aubameyang days prior, we decided to do some digging.

This is what we found out: 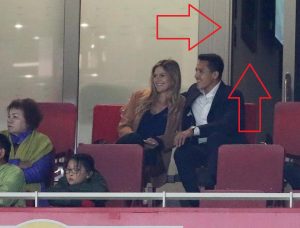