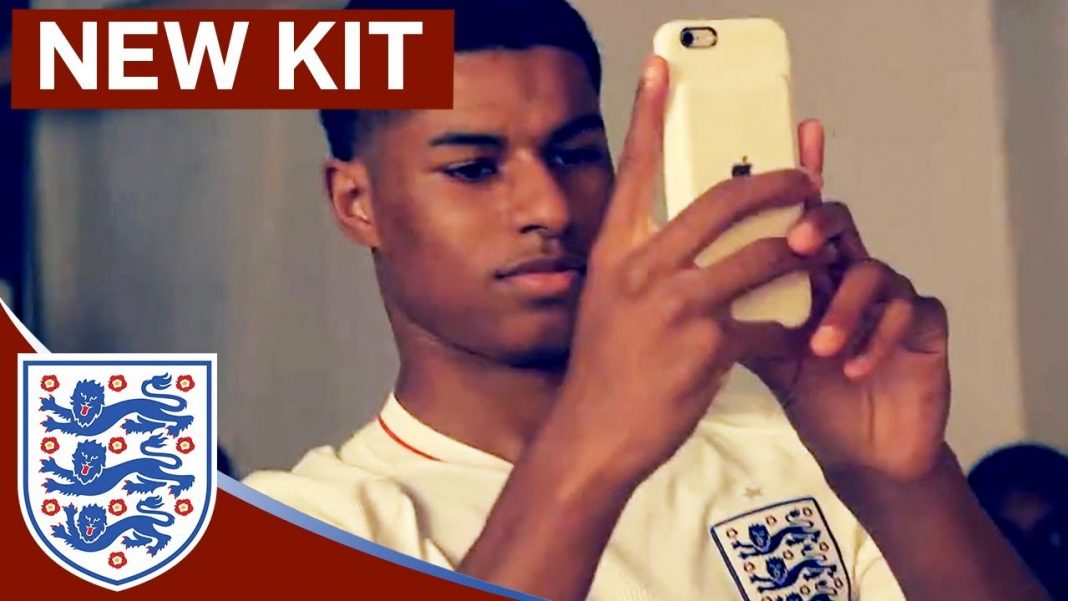 Eddie Nketiah features in the FA’s 2018 World Cup kit video on Friday, after Nike revealed the new strip this week.

The FA posted a video on their official YouTube channel showing England stars trying on the kit.

He wasn’t the only youth prospect though, as he tweeted a picture from the photoshoot next to Nathaniel Chalobah.

Now 23, Chalobah is also yet to make his senior England debut, but has plenty of youth experience.

As the young Gunner references in his tweet, the FA were clearly going for a mix of the present and future. It’s a testament to how the striker has performed this season that they called him up to take part.

In the Arsenal academy, senior team and England youth setup, Nketiah’s having a great year. For the Arsenal u23s he has nine goals in two assists in 11 appearances.

In his brief appearance for the first team he scored those two memorable goals against Norwich City, and with England’s u19s he has seven goals in six matches.

Hopefully he’ll make the step up to the u20s or u21s soon as he continues to prove too good for his own age group.