West Ham United have joined Arsenal and Everton in the race for Sevilla midfielder Steven N’Zonzi, according to reports. The Gunners have a decision to make whether to lodge a bid.

The Gunners and Everton are both interested in the former Stoke midfielder, if you believe the gossip. But the Mirror claim West Ham are trying to hijack the deal to bring the Frenchman to them instead.

The Hammers broke their club record transfer fee over the summer, to bring in Marko Arnautovic. They also signed Javier Hernandez for £16m, Joe Hart and Pablo Zabaleta as well.

Steven N’Zonzi fits the mould as the same kind of signing, since he has a lot of Premier League experience and is approaching his thirties. The Hammers would probably have to break their record fee again, however. 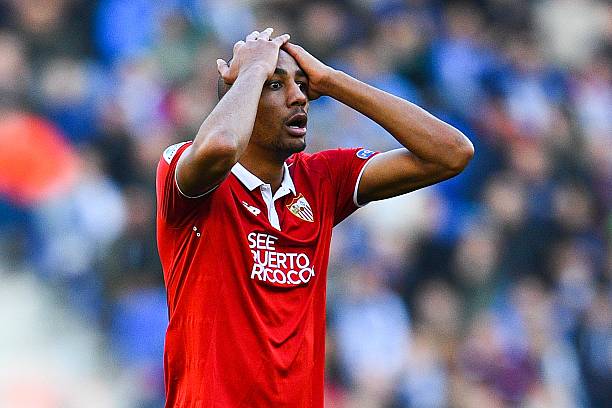 The player’s release clause is reportedly £36m, although it’s hard to imagine Sevilla holding out for such a large fee considering the off-field circumstances at the moment. N’Zonzi is out of favour with his current club after a fall-out with management over a month ago.

Since then, Sevilla haven’t even named the 29-year-old in the squad. As a result, the midfielder has missed seven games in a row. The French international himself even publicly admitted that his future is now elsewhere.

Arsenal and West Ham already have one small advantage, since N’Zonzi’s son lives in London. Sevilla even gave the player permission to travel to England to visit him this month.

He certainly has the talent to play for a club as big as the Gunners, but his attitude problems could prove problematic. The latest fall-out is just one of a string of such incidents, including four transfer requests.

Plus, as mentioned, the Amiens youth product is now less than a year from his 30th birthday. Wenger might be more interested in signing someone a bit younger. But we’ll have to wait and see.