Despite Martin Keown and others insisting that Mesut Ozil had ‘downed tools’ at the beginning of the season ahead of a move, the playmaker’s stats are still impressive.

According to Squawka, Mesut is currently enjoying his second-best season at Arsenal when it comes to goals, assists, key passes and chances created.

If you look at each of the German’s seasons since he signed for the Gunners from Real Madrid in 2013, you can see that Mesut scores 0.23 goals per game on average. The only season he’s ranked higher was last (0.25). 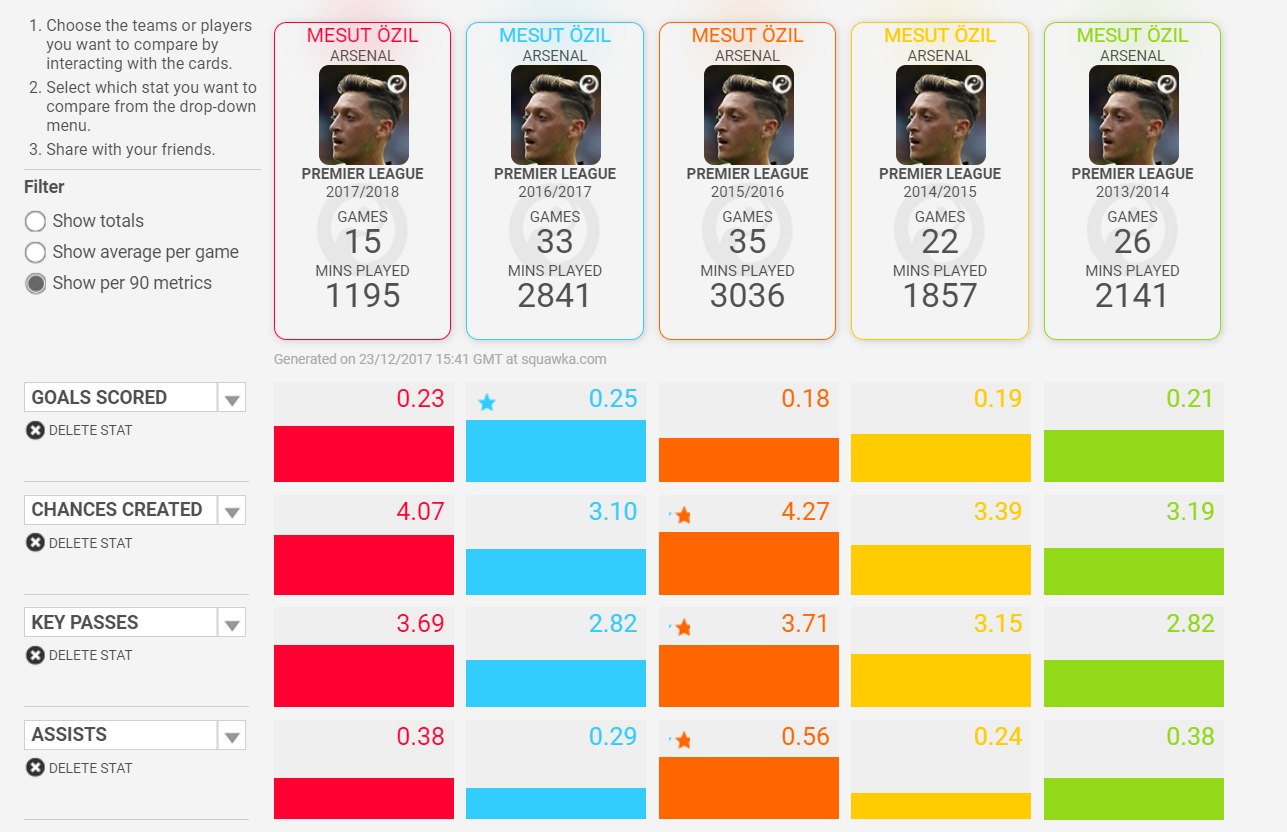 Therefore, as you can see, the playmaker hasn’t ‘down tools’. Far from it. In fact, if he continues to improve like he has done, he could even have his best ever season in north London.

Mesut’s form seems to have changed since the north London derby and he’s playing as if a weight has been lifted. Hopefully, he’s decided to stay and that’s why he’s moved up a gear recently.