You can stream Manchester City v Arsenal live via Sky Sports from 13:45 on Sunday afternoon. DailyCannon readers get 15% off!

Kevin De Bruyne says it’s very important that Manchester City triumph over Arsenal when the two sides face each other on Sunday.

Every big game is important nowadays if you want to be successful, but this one has already taken on some extra importance, for both teams.

When it comes to Manchester City, De Bruyne explained how big the game is: “Very important. We’ve got Arsenal, and Manchester United have Chelsea so, if we win, it means somebody else is going to lose points. It’s an advantage. It’s handy to have more points and put pressure on others.”

For Arsenal, the reasoning is very similar.

If the Gunners win, they’ll gain on City at the top, but also on Manchester United and/or Chelsea in second and fourth. Bettering Chelsea’s result on Sunday means overtaking them, whilst a loss almost certainly means remaining outside the top four (bar some really bizarre results).

Unfortunately, fear of what a defeat could do will loom large in the Arsenal players’ minds. Ignoring injuries or suspensions, the worst City have to worry about is Manchester United finishing the day two points behind them.

Arsenal, meanwhile, could end up sixth, three points off the top four and 12 points from the top.

The pressure is on Arsenal to get a result, and we all know how they perform under pressure… 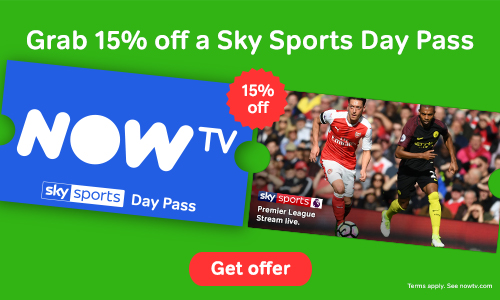 Save 15% on a Sky Sports Day Pass, and get the best Sky Sports action for 24 glorious hours for less. Join today for a one-off payment of just £5.94. No contract.

You can stream not just City v Arsenal but other games on Sunday as well (such as Chelsea-United) and all other sporting events on Sky Sports for 24 hours.

Get your Day Pass here.

Offer is open to UK residents only.

Arsenal star exchanged messages with Gabriel Jesus about his injury