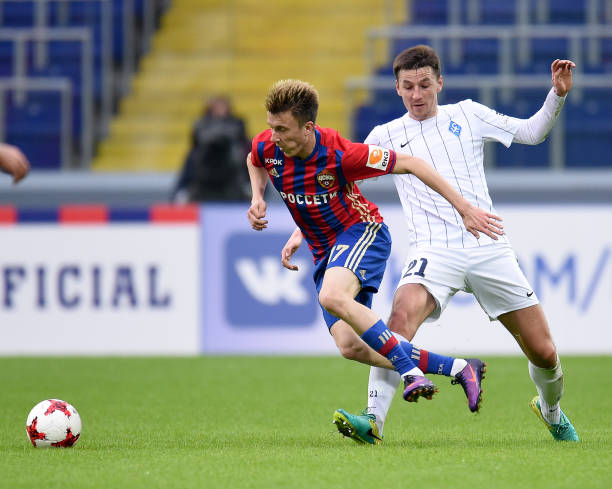 Arsenal were linked with the 21-year-old midfielder during the summer transfer window, but a move didn’t materialise.

It seems, though, that Arsenal are continuing the monitor the player.

According to Sport Witness, agent Sandor Vagar, a contact of Arsene Wenger, has been asked to keep an eye on Golovin.

“This summer, I watched Alexander a lot at the request of Arsène Wenger,” he said.

“Once such clubs follow the player, it means there’s something there. Their scouting services don’t just watch them for fun.”

Golovin was deemed not ready to play for Arsenal by scout Pavel Kurcherov, amid reports that he could join Arsenal and then be loaned back to CSKA Moscow.

He’s made 22 appearances for CSKA this season, and has two goals and two assists.

That’s following on from the 37 games he got last season.

He also has 15 caps for Russia after making his debut in 2015, and represented them at the Confederations Cup in the summer.

Golovin, a central midfielder who can also play higher up the pitch, seems to be on Arsenal’s radar. However, it remains to be seen if this translates into a bid in the January transfer window.

With doubts over the futures of Jack Wilshere, Santi Cazorla and Mesut Ozil, Arsenal could soon be in the market for a new creative midfielder.