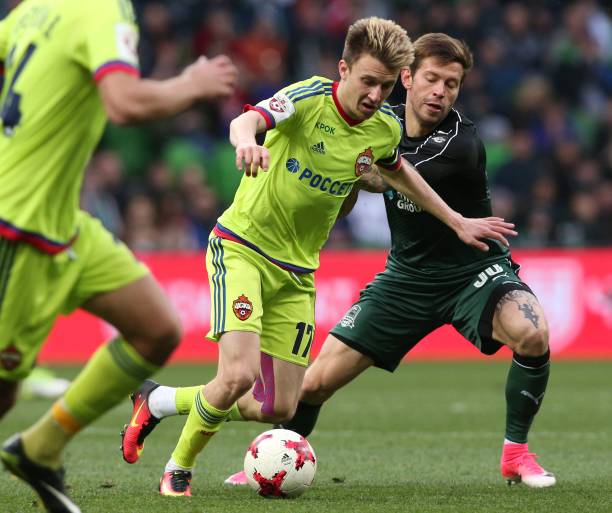 Arsenal’s Eastern European scout Pavel Kurcherov has said that Aleksandr Golovin isn’t ready for a move to the Premier League.

“This player is not talented enough for European level and it’s unrealistic to discuss his transfer to a top EPL club,” he said.

“Alexander would need to improve his football in general, as well as his physical, psychological and mental attributes.”

When asked about the possibility of Golovin returning to CSKA on loan, Kurcherov said it wouldn’t be beneficial to the player or Arsenal.

“He would not be developing there in the same way he would in England or Germany and he definitely needs to move to a club of different level and pressure where he can take the next step towards making it at the club that is buying his transfer.”

One potential scenario is the player joining Arsenal and then joining Hull City, who are now managed by Golovin’s ex-CSKA Moscow coach Leonid Slutskiy, on loan.

Kurcherov said that this would be a good move for him, despite the fact that Hull will be playing in the Championship next season.

“In terms of pressure and physical battles, it’s no different to the Russian Premier League and would be a good experience for Golovin.

“To play in front of packed crowds under his former coach for a couple years and then move on to a mid-table EPL club would be the right move and anything can happen.”